A new trailer highlighting some of the action you can expect from MLB 15 The Show has surfaced on the PlayStation blog. It looks like MLB 15 The Show is going to be celebrating 10 years of success by launching on March 31st for PS4, PS3 and even on the PS Vita. There will be some exciting new features to look forward to as well.

MLB 15 The Show trailer highlights some of the great gameplay you can expect. And it releases on March 31st 2015 for PS4, PS3 and the PS Vita.

For those of you that are fan of baseball games, and especially of Sony's very interesting entry MLB The Show, then you might like their 15th entry into the game. MLB 15 The Show adds the ability to import saves from previous games so you aren't having to restart the game, your roster and your record, from scratch each time. It'll finally be persistent, something that sports games should have now that online storage and save states are prolific.

Gone are the days of starting from scratch with each new edition. For a first in sports video games, Year-to-Year Saves let you to keep your Road to The Show players and franchises going from last year’s game into MLB 15 The Show and beyond.

Not only that but they've also added quite a few other features and even tweaked the physics engine to provide a bit more realistic baseball experience. Gear, now, has an actual effect on the statistics of your player, giving boosts and the like.

As if that weren’t enough, there’s also revamped Franchise and Diamond Dynasty modes, satellite-driven seasonal sun and shadows, Universal Rewards, directional hitting, improved ball physics, and a whole lot more. Needless to say, there are a lot of reasons why baseball is better in MLB 15 The Show.

I'll have to admit that I'm not usually a sports game fan at all, and I certainly don't like baseball very much in real life. But, the MLB The Show franchise seems to have a very fun take on baseball. It's enjoyable, entertaining and has a bit more of an arcade feel to it that's different, I think, than past MLB type games.

MLB 15 The Show is available very soon, March 31st, for PS4, PS3 and PS Vita. So if that;s your thing, then you'll be able to enjoy the 10th anniversary of the series in eight days. 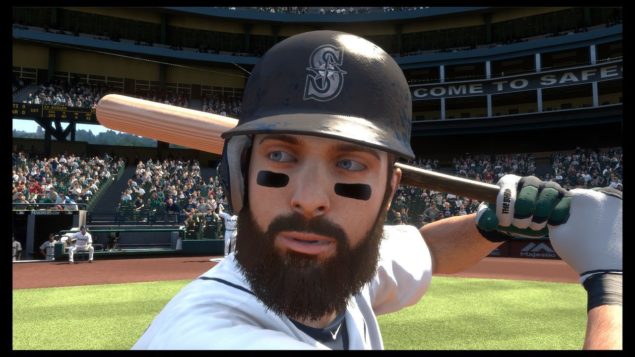