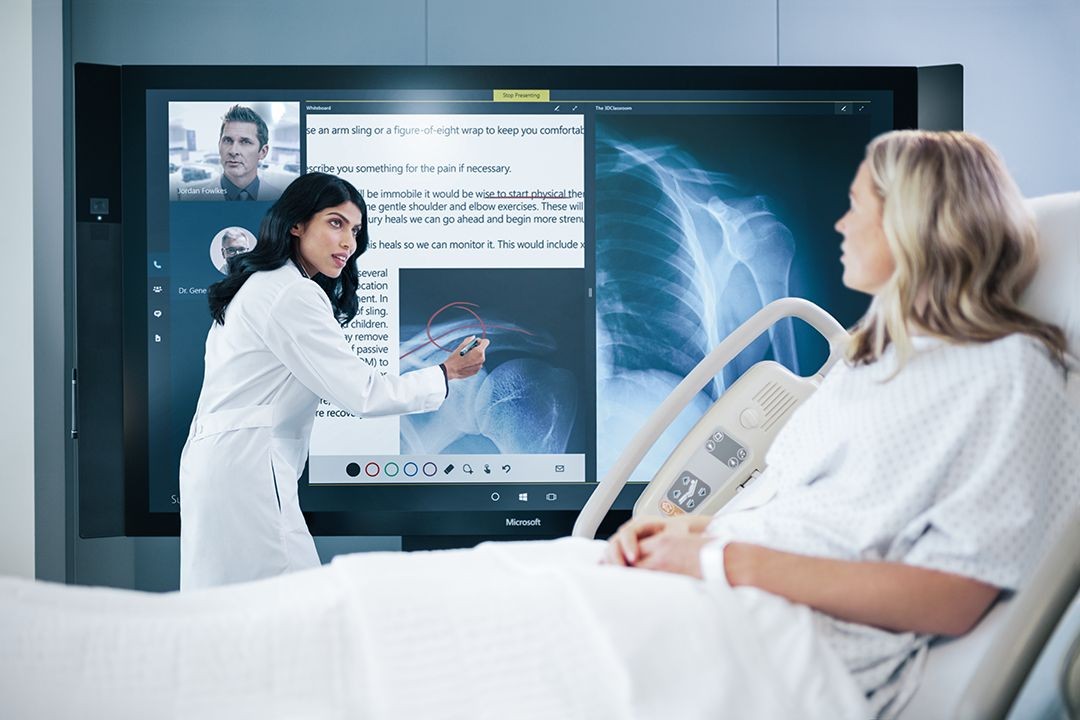 Microsoft's tumultuous relationship with hardware is well known. The company tried to penetrate the mobile market for years before writing off Nokia. While it still hasn't succeeded with smartphones, Microsoft's Surface Pro and Surface Book are amazing devices. The company even went all out with the Surface Hub three years back and chose to announce a touch screen the size of a blackboard. Now, Microsoft has confirmed that it will launch the Surface Hub 2 next year. Head over below for more details.

Microsoft's Surface Hub 2 Will Feature Only One Screen Size; The Touchscreen Whiteboard Might Also Cost Less Than Its Predecessor And Come With An Option To Switch Landscape-to-Portrait Orientation

Microsoft's Surface Hub truly an unconventional device. It allows companies and boards to conduct meetings with the help of a huge display. If the company isn't exaggerating its success with the gadget, then Microsoft might also see the Surface Hub move into the educational sector. However, right now, this seems unlikely as most universities will hesitate to fork out $22000 for a fancy whiteboard.

Yet, if there's one thing that Google's Chromebooks demonstrated with ease it's that the educational sector is ripe for targeting by tech companies if they keep prices in check. The argument is so strong that even Apple made some cosmetic upgrades to the iPad and launched a special edition for the education sector earlier this year.

While it's unlikely for Microsoft to take a similar route, Redmond will decrease the price for its Surface Hub 2. The company has revealed more details about the device which will be priced according to the digital whiteboard industry's current standards. This spells out to something around $5000 - one-fourth of the Surface Hub's price tag. Makes us wonder if this will also make some of Microsoft's Fortune 500 customers feel cheated.

However, if the expected price makes you happy, we've got other great details too. The Surface Hub 2 will also feature an upgraded processor. Microsoft's current offering runs on 4th generation Haswell processors from Intel (Core i7 for the 84 inch and Core i5 for the 55-inch variant). The Surface Hub 2 with only a 50.5-inch display as Microsoft will scrap the larger display size next year.

The Hub 2's screen resolution will cross 4K and its camera will support this resolution as well. These features, however, will not mark themselves as the upgrade's primary selling point. Rather, the ability to switch from landscape to portrait via a hinge will prove as a huge attraction, according to Microsoft.

On this point, we're a bit skeptical. See, this feature will only suit presentations or when users want to adjust the screen for video calls or other orientation specific use. In terms of interaction, which really, really needs to be the Hub 2's major focus, it offers little change. But as they say, thoughts are cheap. Let us know yours in the comments section below and stay tuned for the latest.