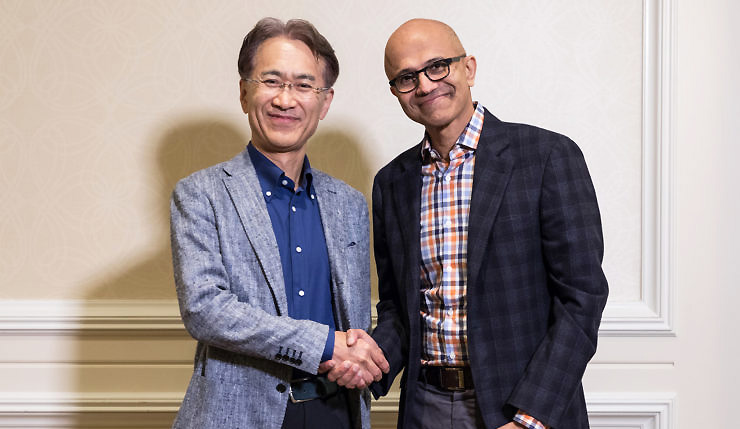 Earlier this year, Sony and Microsoft shocked the industry when they announced they were forming a partnership that would see PlayStation make use of Microsoft’s Azure cloud computing services. Apparently, even those on the PlayStation team were “blindsided” by the decision. So, was the deal part of Microsoft’s increasingly-aggressive Azure push? Did they catch Sony on the backfoot when it comes to cloud computing/AI and strike?

Not exactly. According to new Fortune interview with Microsoft CEO Satya Nadella, it was Sony who approached Microsoft about the partnership.

It’s a beginning for us. First of all, it’s all driven by Sony. They looked at who are their partners that they can trust. In fact, it turns out, even though we’ve competed, we’ve also partnered. Basically and fundamentally the fact that we have a business model in the areas [like gaming] that they're partnering with us, where we're dependent on their success. So we will do the best job for them, whether it's in cloud or whether it's in AI or what have you, in order to make sure that Sony can succeed with their own IP creation.

For now, it seems like the partnership will mostly be about Sony taking advantage of Microsoft’s cloud infrastructure, but in the future, you could even start to see Microsoft software on various Sony devices...

If you look at all the parts of [Sony’s] businesses, whether it’s in entertainment, gaming, or the camera businesses, all of these things can use more cloud computing power. But they can also go-to-market with Microsoft in some industrial cases, especially for their things around cameras.

It will be interesting to see where streaming takes us in the future. With the upcoming round of physical consoles perhaps being the last, Microsoft has created a huge advantage for themselves by getting out ahead of competitors like PlayStation with their Azure and xCloud tech. According to rumors, Nintendo will also be using Azure to power their upcoming streaming service.  The console wars may well and truly be coming to an end.

What are your thoughts? Did Sony make the right move partnering with Microsoft?