Microsoft (NASDAQ:MSFT) has delivered their results for the quarter ending March 31, 2020, and it was another great three months for the company. Of course, Q3 saw the early onset of the COVID-19 global pandemic, but due to heavy investment in cloud and business productivity tech, Microsoft finds itself in uniquely prepared for a world now working from home. In fact, while Microsoft isn’t crowing about it, this pandemic may be of net benefit to them.

Microsoft scooped up revenue of $35 billion and net income of $13 billion during Q3 2020, a respectable 15 percent year on year increase for revenue and a whopping 25 percent increase for income. Earnings per share were $1.40, which is above the $1.27 per share analysts were expecting and 23 percent up compared to the same period the previous year. As of the publishing of this article, Microsoft stock was up around 4.5 percent in after-hours trading.

Microsoft Helps the World Work and Play from Home

Microsoft’s rosy earnings report comes courtesy of the usual suspects, namely Office 365 and Azure, with the company admitting many of their segments were already beginning to see benefits from the current world situation. As you would expect, Azure usage is up, with Intelligent Cloud revenue rising 27 percent year-on-year to $12.3 billion. Naturally, products helpful in setting up new home offices are also doing well, with Office 365 consumer revenue up 15 percent, Office 365 commercial revenue up 25 percent, and Dynamics 365 revenue up an impressive 47 percent.

Microsoft’s Xbox division had perhaps the most dramatic turnaround since the last quarter. More people are gaming and engaging with services like Xbox Game Pass now that they’re stuck at home, and Xbox revenue was up 2 percent in Q3. That may not sound that impressive, but Xbox was down double-digit percentages in the past two quarters, and it was originally predicted the slide would continue until the Xbox Series X launches later this year.

Obviously, Microsoft isn’t completely immune to the challenges presented by COVID-19. LinkedIn advertising revenue dropped off toward the end of the quarter as businesses began laying people off, and the downturn will only continue in Q4. The production of Windows and Surface products was also affected by supply chain constraints earlier in the quarter, but Microsoft claims those issues are already largely resolved as China restarts their factories. Online search advertising was also down, with revenue being essentially flat year-on-year. 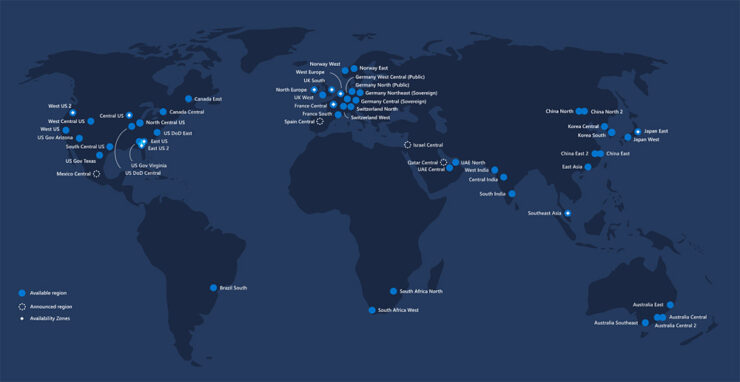 While Microsoft admits the “effects of COVID-19 may not be fully reflected in the financial results until future periods,” as we’ve established, the company is well-prepared to weather the storm. In fact, businesses being forced to embrace remote work plays right into the future Microsoft seems to envision for the world. According to Microsoft CEO Satya Nadella, we’ve essentially seen years worth of progress crammed into only two months…

We’ve seen two years’ worth of digital transformation in two months. From remote teamwork and learning, to sales and customer service, to critical cloud infrastructure and security – we are working alongside customers every day to help them adapt and stay open for business in a world of remote everything. Our durable business model, diversified portfolio, and differentiated technology stack position us well for what’s ahead.

Of course, nobody really knows what might happen tomorrow these days --  Microsoft will undoubtedly face obstacles as they try to launch their new Xbox Series X console and Surface products this year and nobody will be spared the effects of a protracted economic downturn. That said, for now, Microsoft seems to be about as safe a bet as you could hope for.