Launching in late March, Samsung’s Galaxy S6 might the biggest smartphone release of the year 2015 and Microsoft might be playing a game to make an appearance as well. According to reports from Sammobile, Microsoft may be at the verge to invade Android by putting its apps in the upcoming Samsung Galaxy S6. The blog retrieved information which reflects Samsung’s plan for the software on it's upcoming flagship. 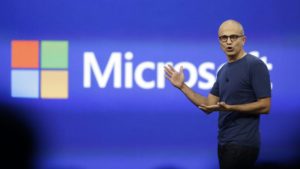 Samsung’s preloaded applications might move to the downloadable corner from the Play Store in lieu Microsoft’s application might come preinstalled. This will be a major change in the apps category and Microsoft seems to have the upper hand in the stock applications which by word have beaten Samsung’s. Judging by the reports, applications like OneNote, Microsoft Office Mobile, OneDrive and Skype would come preloaded or preinstalled. Pretty neat!

Android To Be Left Behind Microsoft?

Absurdly, Samsung wants to change the streak of its preloaded applications and UI to fit its flagship for this year. Obviously it will be a healthy move, since change is what? Good! This move will be in favor of Microsoft because the new CEO, Satya Nadella, who took over Microsoft a year back, wants to think outside the box. His emphasis is purely on expanding to other platforms rather than sticking to Microsoft’s alone. Over the past, Microsoft has released many apps for iOS and Android which includes Office for iPad and Outlook Mail App for iPhone, both of which have drawn positive results. It is also speculated that Microsoft has invested $70 million in Cyanogen, who builds their own Android versions and wants to snatch Android away from Google.

To conclude, we can anticipate that Samsung’s plans are yet unexplored and puzzled, while Microsoft seems to benefit from replacing Samsung’s stock apps. Which beats who? And who has the upper hand are all questions which only time can answer. However, 1st March is the date when Samsung officially announces it new flagship. For more news and leaks, stay with us, we will eventually land the information to you. What do you guys think? Will Microsoft be able to beat Android? Do share it with us in the comments.