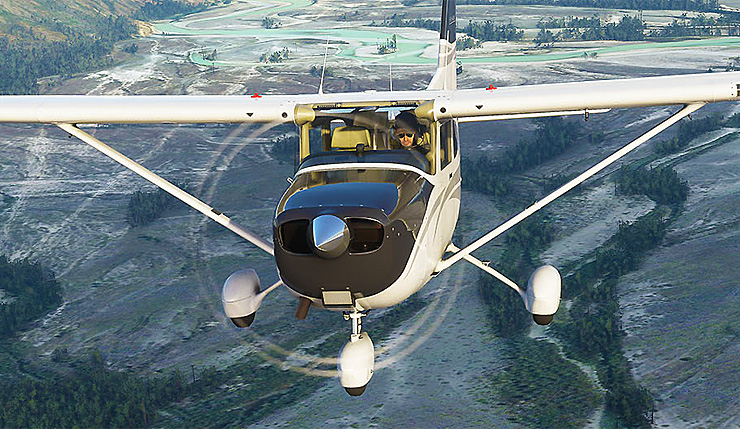 Looks like a lot of thought and effort has been put into this. Microsoft Flight Simulator VR is compatible with pretty much all headsets on the market, including Oculus, HTC Vive, and Valve Index. Here are some more details…

The flight sim community has been a very active and insightful partner in shaping how the team approached VR, and continues to be a critical partner in our continued development as we make further improvements and add new features to the simulation. Adding VR to Microsoft Flight Simulator was a direct result of community feedback, and we look forward to continued involvement in the future of the franchise with us.

Our goal was to make this update accessible to as many VR players as possible. To achieve this goal, we have worked to make this free update compatible across a wide range of supported devices, including most Windows Mixed Reality headsets (including the HP Reverb G2), Oculus, Valve, and HTC headsets. To access VR, make sure you have downloaded the latest update for Microsoft Flight Simulator.

Microsoft Flight Simulator is available now on PC, and is slated to hit Xbox Series X/S sometime in 2021. An Xbox One version has also been promised, but is currently without any sort of launch window. Oh, and the game is available through Xbox Game Pass for those looking for a way to save a few bucks after buying an expensive VR headset.