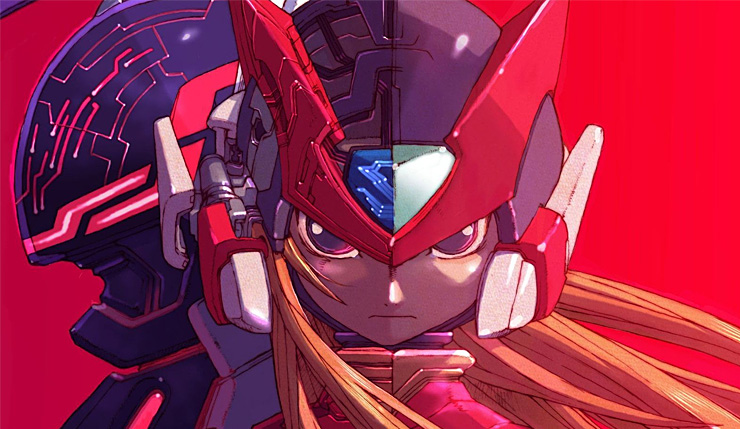 After a long period of neglect, Blue Bomber fans have actually received a decent amount of love from Capcom in recent years. 2018 gave us the all-new Mega Man 11, and several “Legacy” collections covering the original Mega Man and Mega Man X series have been released. Well, you can now add a new compilation to the pile, as Capcom has just announced Mega Man Zero/ZX Legacy Collection! Check out a trailer for the new collection, below.

For those unfamiliar, the Mega Man Zero games were exclusive to the Game Boy Advance, while the ZX games came out on the Nintendo DS. They generally play a lot like the Mega Man X games, with a bit of extra RPG-like depth. Here’s Capcom’s official Zero/ZX Legacy Collection description:

Mega Man Zero/ZX Legacy Collection brings the Zero and ZX series’ challenging boss battles, fast-paced platforming, and precise combat from hand-held to full-sized screens for the first time. Nostalgic players can choose to play using the original sprite art, or they can bash some bots using the new optional HD-smoothing filters. New players looking to cut a path through the Zero and ZX series’ stories can also use the optional Casual Scenario mode to reduce each game’s difficulty, and Save-Assist system to create save points mid-mission for a more approachable narrative experience.

Players can also take a break from the action, and dive into the in-game gallery featuring over 600 pieces of original production art from each series, while listening to the music player’s complete selection of both original compositions and new arrangements. Fans of the series looking for a challenge will also be able to test their “Biometal” against the all new Z Chaser challenge mode. More details on Z Chaser mode will be revealed at a later time.

Mega Man Zero/ZX Legacy Collection runs and guns onto PC (including Steam), Xbox One, PS4, and Nintendo Switch on January 21, 2020.