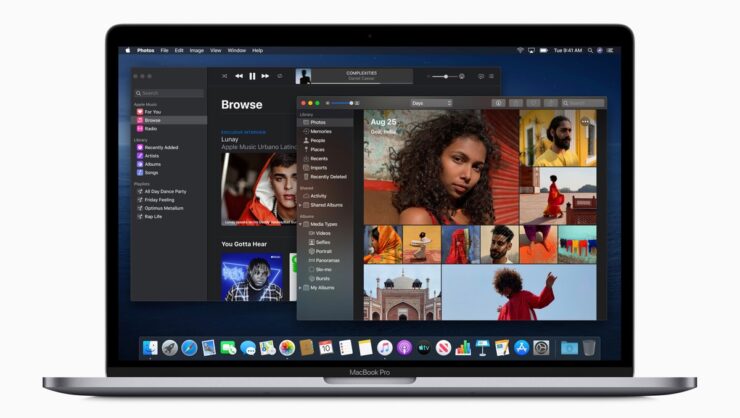 A bug has been discovered in Impact Capture in macOS, which fills up a Mac's drive with empty files. This bug has been present since macOS 10.14.6, and also exists in macOS Catalina 10.15.4. It was reported by the developers behind Neofinder app for Mac.

In a blog post written by NeoFinder development team, the bug is related to ImageCaptureCore.framework used in macOS so any apps that utilize it also face the issue. When you connect an iPhone, iPad or iPod touch to a Mac, and use Image Capture tool to import photos, the images are imported using HEIC format. However, to import them in JPEG format, which is more widely used and supported, you have to enable a 'Keep Originals' option. While this option works as intended, it suffers from an issue where it adds 1.5MB of empty data to each JPEG photo.

While this might not seem like much, when you import a large number of images and convert them in JPEG simultaneously, you can end up with gigabytes of empty files that should not be there. NeoFinder confirmed their findings using a Hex editor, and showed how each JPEG created by the Image Capture tool appends empty data in the end. It is demonstrated by the empty bits 00000000 in the screenshot below:

Photos app does not suffer from this issue as it only stores HEIC files by default. The JPEG format image is exported only when required. However, a number of other third-party apps such as Adobe Lightroom and PhaseOne MediaPro rely on Image Capture and reportedly have the same issue.

The blog post also goes on to say that this is not the only bug and that they have to deal with new bugs with every major macOS update. Their suggestion is for Apple to stop releasing major updates on a yearly basis to ensure that bugs are fixed and software quality is improved. macOS is not the only operating system suffering from such a schedule and quality issues, Windows 10 also has similar problems, primarily attributed to major releases, instead of minor quality fix updates.

For now, there is no workaround. Only the developers behind these apps can release updates that ensure that users can reclaim the wasted storage space.

NeoFinder's development team has reported the bug to Apple and shared additional information and sample files with them. So hopefully, this old bug might be fixed in the next release.