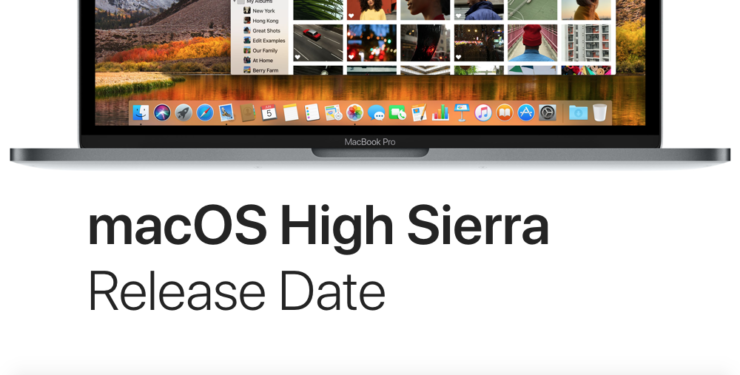 Users of Apple’s desktop operating system will be pleased to learn that the official macOS High Sierra release date is set for 25th of September.

macOS High Sierra is an evolution of Apple’s desktop operating system that redefines what software is capable of doing when pushed to its limits. Thankfully, everyone can get a taste of this software absolutely free once it is available for download on the 25th of this month.

The forward facing features of Apple’s desktop operating system might not appease the regular user right away. However, when you start to dig deep, then you start to realize how much Apple has managed to accomplish in all these years.

For starters, Apple has thrown in a brand new filesystem - APFS. The very same one which was introduced on the iPhone and iPad with the release of iOS 10.3. This filesystem is meant for flash based storage, and can perform certain tasks in an instant. For example, the duplication of files happens absolutely instantaneously, something which was not possible before. This is something remarkable and should bode will with those who make copies of their data on a regular basis.

Just like the iPhone and iPad with iOS 11, Apple is bringing HEVC and HEIF to the Mac as well. These next-generation formats ensure far better compression while providing the same quality across the board. This is important for those who care a lot about saving space on their drive. Apart from that, Apple has managed to bring Metal 2 to the Mac as well. This will allow developers to have access to the GPU with far less overhead, allowing for animations and UI elements that just weren’t possible before.

Things go through the roof once you also learn that macOS High Sierra adds support for external GPUs. This is a mind-blowing addition on the Mac, given that PC users have been enjoying this feature for a considerably long time.

All of this can be yours on the 25th of September. Just don’t forget to place a red circle on the date.