Mac Pro’s Performance & Hardware Praised by 8K Videographer; He Calls It ‘the Definition of Cutting Edge’ 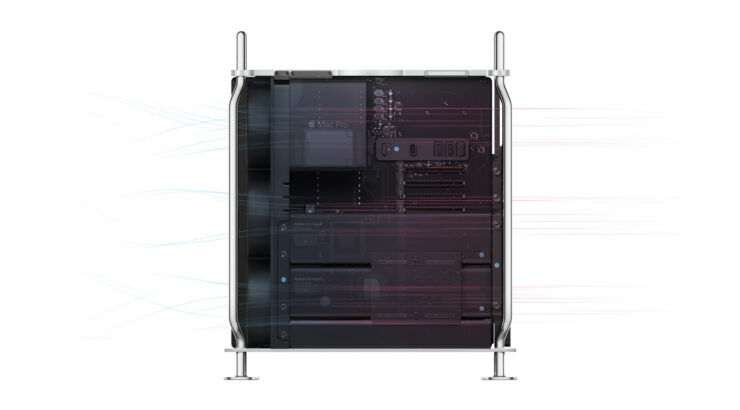 With the initial first impressions loaded on the internet, you probably know that the Mac Pro performance is nothing short of impressive, assuming you actually have need of all that power and if it falls in your budget. However, if you’re an individual whose work is centered around videography or cinematography, it could be a necessary investment. Vincent Laforet, a videographer who’s known for capturing 8K footage and someone who’s won numerous accolades, describes how the new Mac Pro changed the way he works and how it simplified everything he does.

First, a small introduction about Vincent Laforet and the work he’s done. According to Digital Trends, he’s collaborated with some of the best brands in the world, including Nike, National Geographic, and not surprisingly, Apple. He even managed to win a Pulitzer Prize from the New York Times for his photojournalism of 9/11. When it comes to the Mac Pro performance, the hardware he’s chosen isn’t even the most ambitious. His system is rocking a 16-core Intel Xeon W processor, a Radeon Pro Vega II GPU, and 96GB of RAM.

He does state that adding more powerful components to the Mac Pro would indeed help him, but for now, it’s adequate for the work he does. He also states that he didn’t purchase Apple’s previous-generation Mac Pro and explains why.

Looking at how far Apple has come, it wasn’t difficult for Vincent to pick up the new and highly improved machine. Currently, he shoots video on his 8K RED camera and captures still images using a 150MP camera. In terms of the Mac Pro performance, he says the Apple’s most powerful workstation to date didn’t even have to make an effort.

“The data adds up ridiculously fast. Last night as I went to bed, I was copying about 17 terabytes of data, and I got a request for stock footage. They wanted me to output 8K footage in ProRes 4444. I was able to let that run overnight without the machine really breaking a sweat.”

Apple’s Previous Most Powerful Workstation, the iMac Pro Was a Serious Performance Bottleneck for Vincent

Vincent’s biggest complaint from using the iMac Pro was that he wasn’t able to render and edit his footage at full resolution. Keep in mind that at the time, he was using a fully decked out iMac Pro and the fact that it still isn’t able to keep up with his workflow reveals how that the Mac Pro performance is truly on another level.

“The real pain is that you can’t look at your work at full resolution. I can’t tell exactly how sharp an image is, or the noise structure, or the tones from light to dark or color gradations, to the same degree as when it’s rendered. You’re not maximizing the quality of your imagery. On the iMac Pro, that was set to half or quarter resolution at all times.”

With the Mac Pro, things take a huge turn. Vincent is now able to playback, color correct and edit 8K footage in a single workflow. He’s able to do this without resorting to exporting a new file to see what exactly he captured. This is certainly a game-changer. Do you want to know what else is a game-changer? Apple’s $2000 proprietary card. Sadly, while it’s meant to help speed up ProRes RAW, not all cameras support this format, but Vincent is optimistic.

He believes that as more creative professionals get their hands on the Mac Pro, the more camera manufacturers will realize the importance of releasing products that support ProRes RAW and hence, they’ll be able to take advantage of that card. Then again, not many people will find a use for this much power so while Apple’s target market may be limited, people who will end up buying them are probably connected to big wigs of various creative industries.

As for Vincent, it looks like Apple has a happy customer, and that too an influential one.