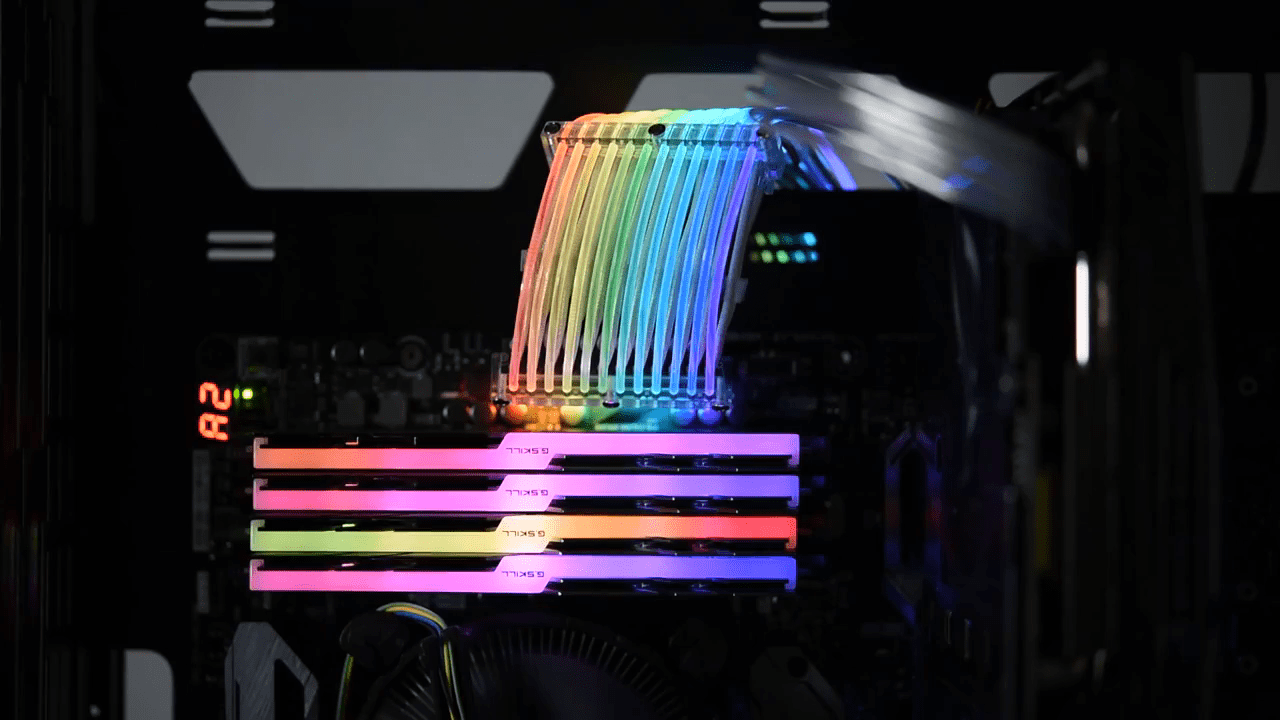 Update 5th June: Lian Li has confirmed that the cables will be available at the end of the month and will also include 8 pin ones and not just the 24-pin cables. Following are some pictures straight over from the Lian Li Computex booth:

So just when you thought there wasn't anything else left to RGB(ify), Lian Li did the impossible. Known as the Strimer, the RGB power connector cable functions just like any other extendable power connector cable. It's compatible with almost any power supply unit and comes in 24-pin cable only (at the moment).

But aside from the normal function, it also supports RGB lighting. This is for the first time that each of the 24-pin cable strands has been RGB'd to achieve that glorious RGB Master Race stature. The cable has comes with a PCI bracket through which users can change through 10 different RGB pre set modes and also a digital RGB addressable header.

This means that you don't have to worry if you are running older motherboards with no RGB headers at all (pfft peasants). Also, the digital header functionality makes customization across a range of motherboards more seamless and fun. Also, the Strimer RGB cable is so impressive that it already won an award at Computex, Amazing!

"Traditional PSU cables are either dull or look messy and becomes a challenge to builders and gamers, becoming a task to manage and keep the cables tidy. Sleeved cables have become a trend and allowed a cleaner, more stylish solution for managing and presenting cables, coupled with cable combs, they made a good option until now. Lian Li is revolutionizing the cable management game with the Strimer cable LED,"

"Lian Li is pleased to receive the [D&I] award for the Strimer cable LED," the company said. "It’s a significant achievement to be recognized as one of the leaders in design and innovation and greatly shows how much Lian Li has put into the product."

There's no price or availability announced for the Strimer RGB power connector cable but this is a must-have for RGB builds and whatever price you'd pay would be worth it.