With the Consumer Electronics Show all set to go in Vegas, almost all the major electronics manufacturers out there have started to make preparations to debut their latest offerings to the tech world. Among them is LG, who seems to have gone all out this time when it comes to smartphones with the launch of its curved smartphone, the LG G Flex 2. The G Flex 2 from LG will be the successor to the company's original G Flex and LG has started to put posters for the device in anticipation of its launch later. 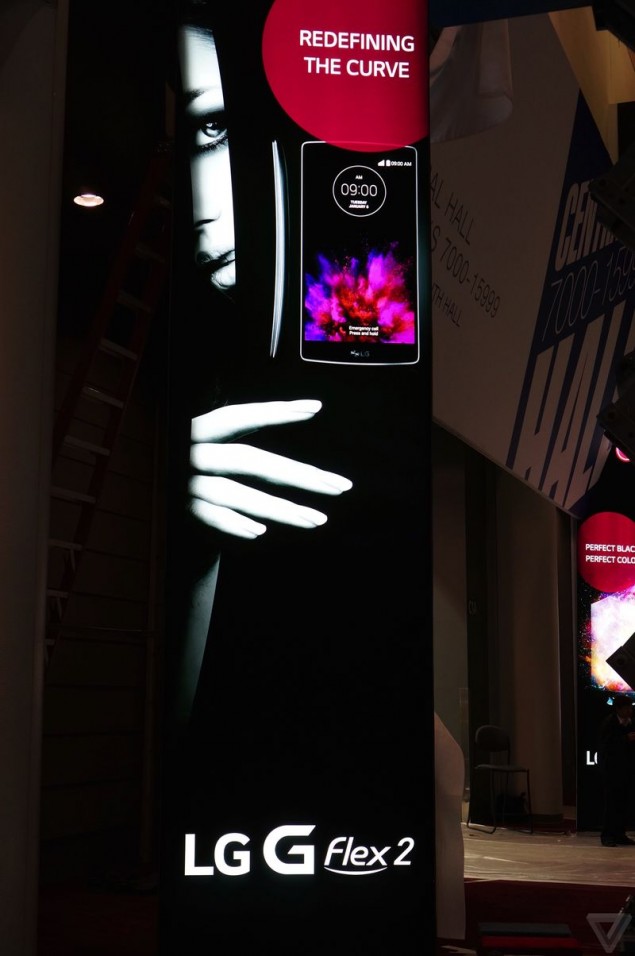 Take A Look At LG's Official Poster For The G Flex 2.

By the looks of things, the curved screen for the G Flex 2 might be the only feature on the device similar to its predecessor. While the original G Flex sported a 6 inch screen with a 720p resolution, the G Flex 2 is looking to go easy on the hand and a little harder on the eyes.

The LG G Flex 2 will feature a smaller screen but will receive a larger screen resolution making for a much sharper display. The resolution for the LG G Flex 2 can be expected to be anywhere between HD and QHD i.e. 1920 x 1080 or 2560 x 1440. But that won't be the only major feature of the device.

By the looks of things so far, LG's aiming for the top flagship category for its device. Several reports have suggested that the G Flex 2 will be coming with Qualcomm's Snapdragon 810, which is the company's first octa-core SoC offering. If true, than the G Flex 2 will also pack a significant power punch in addition to the novel design. Thats all that we know so far about the LG G Flex 2 so far. We'll keep you updated at the happenings over at CES. So take a look at the poster above in the meanwhile and let us know what you think in the comments section.