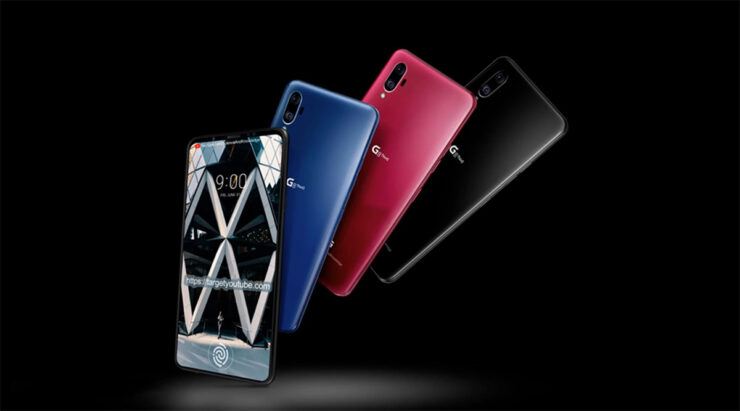 Years of hard work by mobile OEMs will apparently finally pay off this year, as we may get to see some true edge-to-edge displays, thanks to groundbreaking technologies such as the in-hole display camera and Sound on Display, which will thin those bezels further. Samsung and LG both are reportedly gearing up to demo devices with the Sound on Display (SoD) technology at the CES 2019 trade show, but the latter might commercialize it first with the imminent launch of the G8

Samsung is expected to showcase a working prototype of a Galaxy handset with the Sound on Display technology at CES 2019. This indicates that the South Korean giant might not be ready to mass market the tech yet, and its upcoming Galaxy S10 series will probably come with traditional earpieces. However, LG is apparently a step ahead, as its upcoming G8 might also sport a display that supports Sound on Display, according to the leaker Steve H.

If the latest leak has any substance to it, the display of the upcoming LG G8 would emit sound, allowing it to drop the front speaker and achieve a chart-topping screen-to-body ratio. It remains to be seen if the manufacturer will also opt for the hole-in-display design to further increase the screen estate. To recap, the Sound on Display panels will use bone conduction and vibration to deliver sound. LG’s Crystal Sound OLED TVs already uses a sound emitting display panel.

According to my sources, #LGG8 will feature Sound on Display (SoD) technology...

This is made possible by the use of something called an exciter, which is placed behind the screen. It is worth mentioning that Xiaomi’s Mi MIX, Sharp’s Aquos Crystal, and Vivo’s NEX already use similar technology, but the Mi MIX received flak for poor sound quality. Let’s hope LG will not compromise on the audio quality in a bid to beat Samsung to the punch. The G8 will reportedly come with a triple camera setup at the back too, and its internal specifications will include a Snapdragon 855.

Hopefully, the introduction of the new display technology will not force the manufacturer to charge a small fortune for the G8. The company does not employ the best pricing strategies for its high-end phones and we’re hoping that 2019 is the year that this approach will change.