The voice actor behind Solid Snake, Akio Otsuka, has already stated with some surety that Kojima Studios will no longer exist after Metal Gear Solid V. 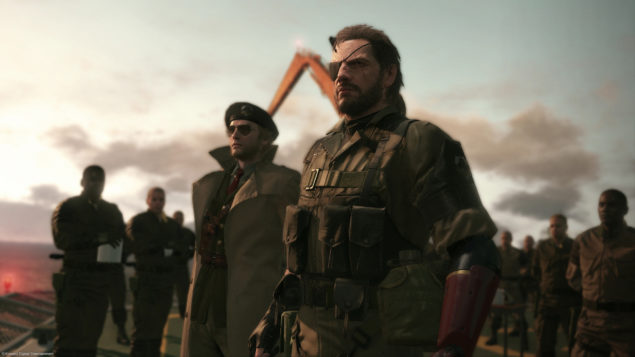 The voice actor wrote a very emotional goodbye on Twitter, signaling the end of Kojima Productions.

We've known for quite some time that the tension between Hideo Kojima and Konami was going to have a negative effect on his own production company. The actual fate after Metal Gear Solid V has been unknown, though, because it might be possible to move on to new projects.

It appears that internally the damage done was great enough to necessitate disbanding completely. The famed voice actor who handled Solid Snake's voice through the years has said given substance to the thought that they are dissolving. He voiced that finality over Twitter. The tweet is in Japanese, though Gematsu has provided the translation used below.

“Kojima Productions was forced to disband, but it appears that the work that the team has been putting their utmost effort into is nearly complete,"

He went on to to talk about the massive effort put into Metal Gear Solid V, their final project. He essentially says that it was a labor of love, one designed to show just how fantastic the series truly is.

“I’m not exaggerating when I say that I expect it will become their greatest masterpiece. I couldn’t help it. I just wanted to say ‘Kept you waiting, huh?’ (Laughs.) But even if this is the end, Metal Gear Solid is immortal!”

Once they're finished, then, the employees will have to find other projects to apply their talents to. There is no official statement from any of the senior leadership or from their public affairs. Apparently Hideo Kojima and the senior leadership are only contractors with the company, and will be leaving once their contract expires sometime in December.

This may not be the last Metal Gear Solid, but this is likely the last pure Metal Gear Solid we'll ever see. Unless they come back together to form yet another studio to tackle their long-lived IP.