Kanye to Develop a Game

Not exactly the usual news that we’re used to here at Wccftech, but nonetheless, it is indeed game related. It appears that the most unlikely of sources, Kanye, is going to be developing a video game based on a song. 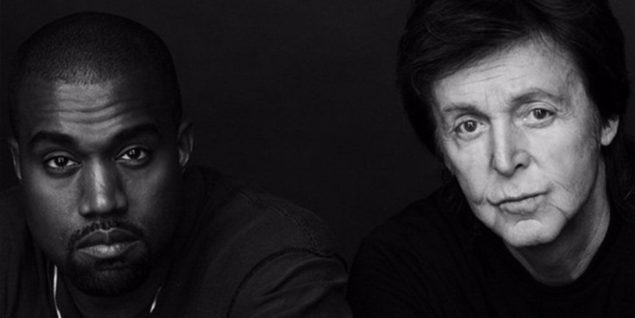 Kanye West has revealed that he’s going to be developing his own video game based on his single, Only One.

Kanye was interviewed by The Breakfast Club 105.1 on February 20th, and answered the usual questions regarding his life that we would all expect. But more something a little more interesting and applicable to us here was revealed during that interview. Skip to around the 56 minute mark to hear his thoughts on his video game.

Apparently he made a comment almost in passing that sounded rather definitive that he’s going to be making his own video game. In fact, he’s going to be producing and designing the game himself, or at least that’s the plan. It seems to be a very ambitious move on his part, and I had no idea he even had any knowledge of coding, an essential part of designing a video game. Something he’d have to know if this were indeed designed solely by himself. But apparently he does indeed have those skills and has even explained how his first song was actually created for a video game that he made when he was 12. Interesting revelations today.

Around the 56 minute mark Kanye mentions that the game itself has been in development for around six months already and the major plot line of the game will revolve around that song. It’ll be primarily religious in nature, though that shouldn’t detract from the overall story even if you aren’t so religious.

For those not familiar, the song is themed around the passing of his mother, Donda West, and an imagined conversation that Kanye has with his daughter regarding that. The game, then, will be about helping her to pass into Heaven.

"The idea is that it’s my mother going through the gates of heaven, and you’ve got to bring her to the highest gate of heaven by holding her to the light."

What that means as far as gameplay is concerned, I haven’t the slightest. But it seems the game is on track and being actively developed.

What can we expect from a game made by someone who enjoys other talents as well? It could be a fresh take on something with a direction we can’t even fathom. Or it could be the opposite and be the boring rehash of tired old ideas. And it's less likely to be something to expect to see on consoles or a standalone PC game release. Perhaps we should expect either an HTML or Flash browser based game. No hard details are confirmed, however. Either way, Kanye’s making a video game.