Redmond Pie has successfully installed a working iOS4.1 gamecenter on his iPhone 3G with very little problems, he used Redsn0w to jailbreak the phone to iOS4.1, while Apple denied the right for the iPhone 3G to have its own game center and only gave support to iPhone 3GS and iPhone 4 users, Redmond Pie was able to successfully port the soon to be wanted app available to all the 3G owners.

The process involves modification of some .plist files found in the original GameCenter.ipa file for iPhone 3GS, and then SSH’ing this modified file on to jailbroken iPhone 3G running iOS 4.1. Since modifying .ipa files breaks Apple’s DRM, I cant share the exact instructions, or the modified file with you. 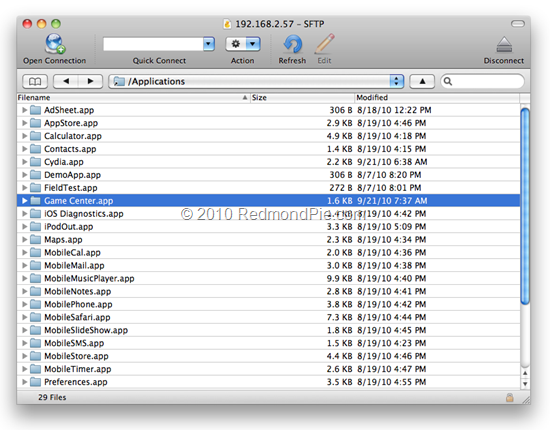 while Redmond Pie is a highly credited contributor and fan of the iPhone community and all such related news there will still be further proof required that Game Center is indeed running on said iPhone 3G which is why he made this YouTube video to show all the users that he is indeed running game center on his jailbroken iPhone 3G running iOS 4.1