Intel Sapphire Rapids-SP is expected to launch later this year but we have seen several Xeon CPUs leak in various benchmarks. The latest benchmarks compare the cache and memory performance of the Xeon chips against AMD's Milan-X parts.

Update: The leaker has posted a new V-Ray and Cinebench benchmarks too comparing the three server chips against each other.

The latest benchmarks of the Intel Sapphire Rapids-SP Xeon & AMD EPYC Milan-X CPUs have been leaked by YuuKi_AnS. The leaker was the first to get his hands on engineering samples of the Xeon Sapphire Rapids-SP lineup and the latest chip he got is a 48 core part with 96 threads, a 270W TDP, and clock speeds of 2.30 GHz base and 3.30 GHz boost. The CPU rocks 90 MB of L3 cache while the single-core boost frequency is rated at 3.60 GHz. The CPU is an ES chip with QSPEC of 'QYFQ' and is a D0 revision. 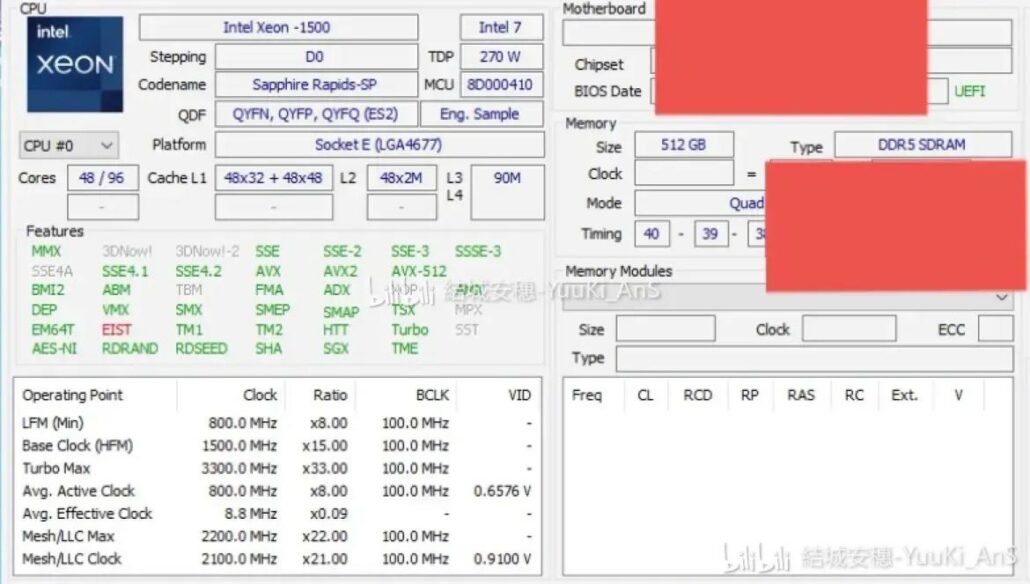 This variant sits right below the flagship part which has a 1.6 GHz base clock and boosts a clock of 3.6 GHz across a single core. The flagship Intel Sapphire Rapids-SP Xeon CPU will feature 56 cores, 112 threads, a 105 MB L3 cache, and a 350W TDP. The CPU was tested in a dual-socket config with 96 cores and 192 threads which were compared to Intel's Xeon Platinum 8380 (Ice Lake-SP) and the AMD EPYC 7773X Milan-X CPUs, both of which were also running a dual-socket configuration. 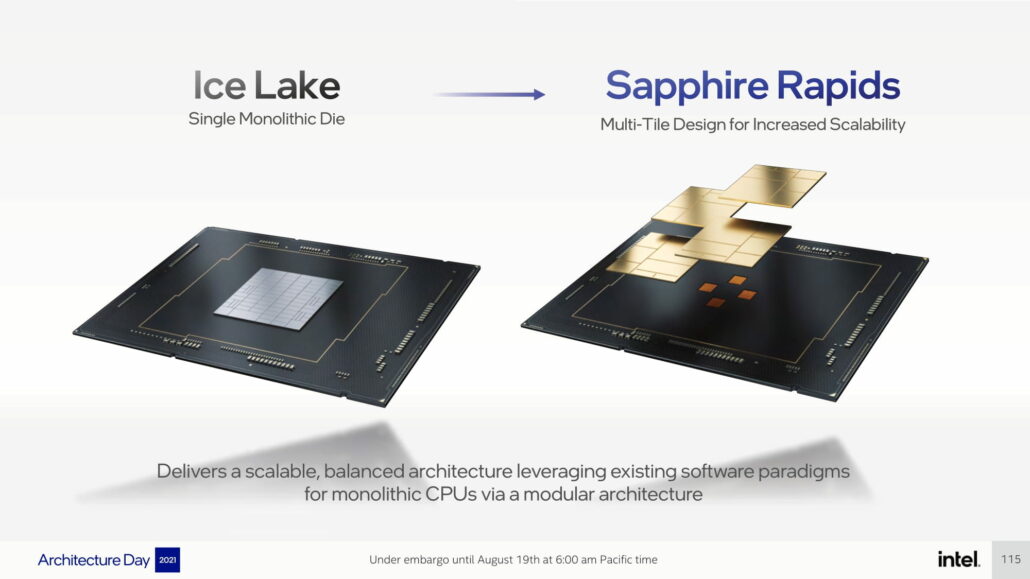 AMD EPYC 7773X Milan-X CPUs rock 64 cores and 128 thread and were configured with DDR4-2866 memory. The memory type for the Ice Lake-SP and Sapphire Rapids-SP Xeon CPUs isn't mentioned but the former should feature DDR4-3200 support while the latter comes with DDR5-4800 support.

As for the benchmarks, the chips were tested in the AIDA64 Cache & Memory benchmark. With an 8-channel interface, the Intel Sapphire Rapids-SP Xeon CPUs show vastly superior memory & also latency performance over both AMD's EPYC Milan-X and Intel's Ice Lake-SP chips . The CPU cache latency is also looking great but Milan-X does manage to take the crown in the L3 cache tests. The EPYC Milan-X CPUs do get a slight hit to the overall latency but the overall performance is better as mentioned here.

The Cinebench R15 benchmarks show that the Intel Sapphire Rapids-SP Xeon CPU is up to 9% faster and while it does have 22.5% extra cores, these cores are clocked at a much lower clock speed of 1.50 GHz versus the 2.30 GHz of the Ice Lake-SP parts. The ES chip is not that far behind the AMD EPYC 7773X Milan-X chips and the final version could definitely end up faster. In single-core tests, the Sapphire Rapids-SP chip outperforms the Milan-X CPU by 26% despite the clock advantage going to AMD.

While Intel Sapphire Rapids-SP Xeon CPU looks quite good in these benchmarks, especially in ES state, we have to remember that the lineup will be competing against AMD's EPYC Genoa by the time it launches and not EPYC Milan-X so team red would still have a major advantage over team blue.