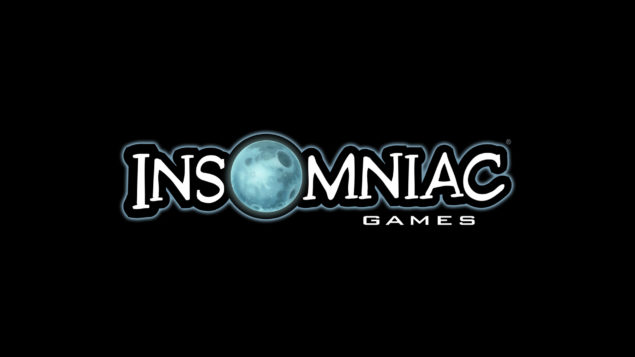 At least, if recent job listings posted by Insomniac are to be believed. Insomniac Games currently has several job openings, as posted on their official website. The developer is currently looking for several employees in various departments, including animation, art, and design.

Although the job descriptions don't mention the PS4 and VR in any way, the jobs were always posted on the Gamasutra Job Board. The website is the leading leading community in the video game industry, offering recruitment tools, game developer bloggers, and journalism.

On Gamasutra, the Insomniac job positions have been posted in the Playstation 4 and Enhanced/Virtual Reality category, indicating that Insomniac is recruiting for a PS4 VR title.

At the moment of writing, Insomniac Burbank is looking for a UI Programmer, a Combat Designer, and a Sr Character TD. Insomniac's Durham studio is looking for a Character TD/Rigger.
While most of the job descriptions don't reveal that much information, the vacancy for a Combat Designer includes some interesting details. We have highlighted the interesting parts in the description down below. 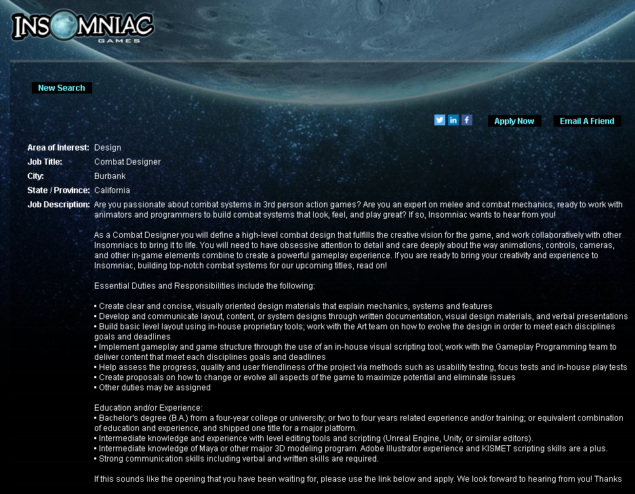 Are you passionate about combat systems in 3rd person action games? Are you an expert on melee and combat mechanics, ready to work with animators and programmers to build combat systems that look, feel, and play great? If so, Insomniac wants to hear from you!

As a Combat Designer you will define a high-level combat design that fulfills the creative vision for the game, and work collaboratively with other Insomniacs to bring it to life. You will need to have obsessive attention to detail and care deeply about the way animations, controls, cameras, and other in-game elements combine to create a powerful gameplay experience. If you are ready to bring your creativity and experience to Insomniac, building top-notch combat systems for our upcoming titles, read on!

Insomniac Games is currently working hard on the Ratchet & Clank reboot for the PS4. The developer is also working on a VR 3rd person action-adventure, Edge of Nowhere, exclusively for the Oculus Rift.

With the good relationship between Insomniac and Sony, and Sony really pushing VR lately, we wouldn't be surprised if Insomniac is indeed working on a PS VR title.