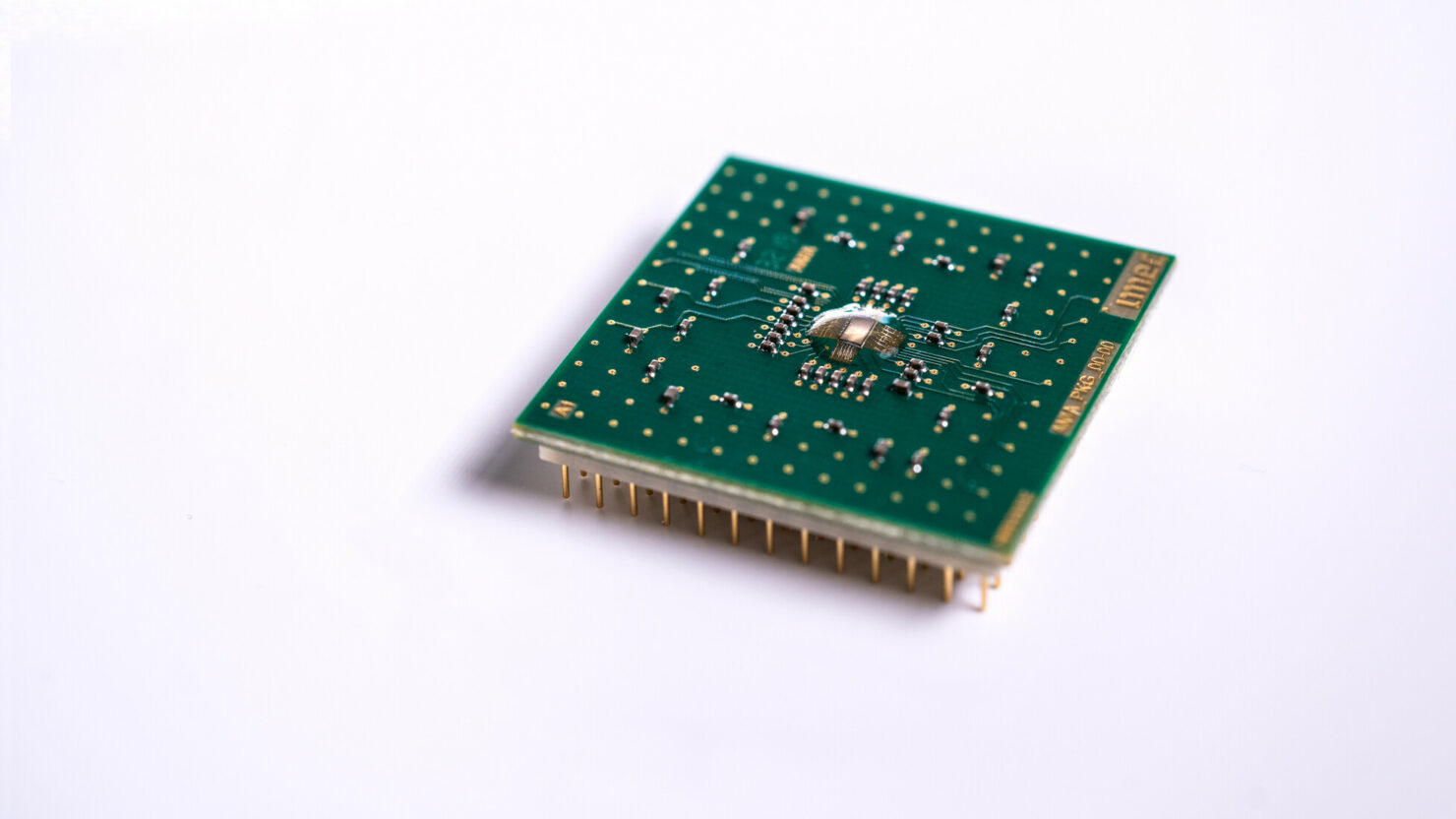 Imec, a world-leading research and innovation hub in nanoelectronics and digital technologies, and GLOBALFOUNDRIES, the world’s leading specialty foundry, today announced a hardware demonstration of a new artificial intelligence chip.

Based on imec’s Analog in Memory Computing (AiMC) architecture utilizing GF’s 22FDX solution, the new chip is optimized to perform deep neural network calculations on in-memory computing hardware in the analog domain. Achieving record-high energy efficiency up to 2,900 TOPS/W, the accelerator is a key enabler for inference-on-the-edge for low-power devices. The privacy, security, and latency benefits of this new technology will have an impact on AI applications in a wide range of edge devices, from smart speakers to self-driving vehicles.

Since the early days of the digital computer age, the processor has been separated from the memory. Operations performed using a large amount of data require a similarly large number of data elements to be retrieved from the memory storage. This limitation, known as the von Neumann bottleneck, can overshadow the actual computing time, especially in neural networks – which depend on large vector-matrix multiplications. These computations are performed with the precision of a digital computer and require a significant amount of energy. However, neural networks can also achieve accurate results if the vector-matrix multiplications are performed with a lower precision on analog technology.

Looking ahead, GF will include AiMC as a feature able to be implemented on the 22FDX platform for a differentiated solution in the AI market space. GF’s 22FDX employs 22nm FD-SOI technology to deliver outstanding performance at extremely low power, with the ability to operate at 0.5 Volt ultralow-power and at 1 pico amp per micron for ultralow standby leakage. 22FDX with the new AiMC feature is in development at GF’s state-of-the-art 300mm production line at Fab 1 in Dresden, Germany.