Ill-advised FOMO: The Fraudulent Squid Game (SQUID) Coin Is up 400 Percent Today After Plunging to $0 Earlier This Week 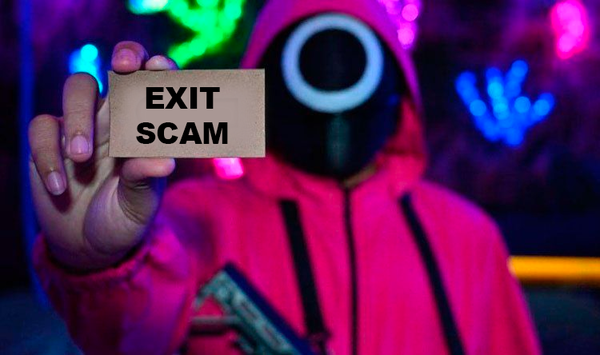 As a refresher, Squid Game coin’s whitepaper detailed six games that participants had to play. The entry fee for the first game was set at 456 SQUID. Only those who successfully completed the prior game could progress to the next one. The second game demanded 1,000 SQUID in entry fee while the third required 2,000 SQUID plus a Level 1 NFT, and so on. Ten percent of the entry fee was dedicated for the developers, while the remaining 90 percent was to go to the divisible pool for the winners.

Given the addictive nature of this play-to-earn platform, it was hardly surprising that the Squid Game coin became immensely popular, hitting a high of $2,861.80. However, problems soon began to emerge. First, reports began populating on Twitter of people having difficulty in cashing out their winnings. However, the curtain-drop came on the 01st of November when $3.36 million were suddenly withdrawn by the game’s developers from the platform’s liquidity pool. Given the evisceration of this pool, the SQUID coin plunged to $0 within the following ten minutes.

This brings us to the crux of the matter. Like the resurrection of a phoenix, the Squid Game coin is again surging today and is up around 400 percent at the time of writing. 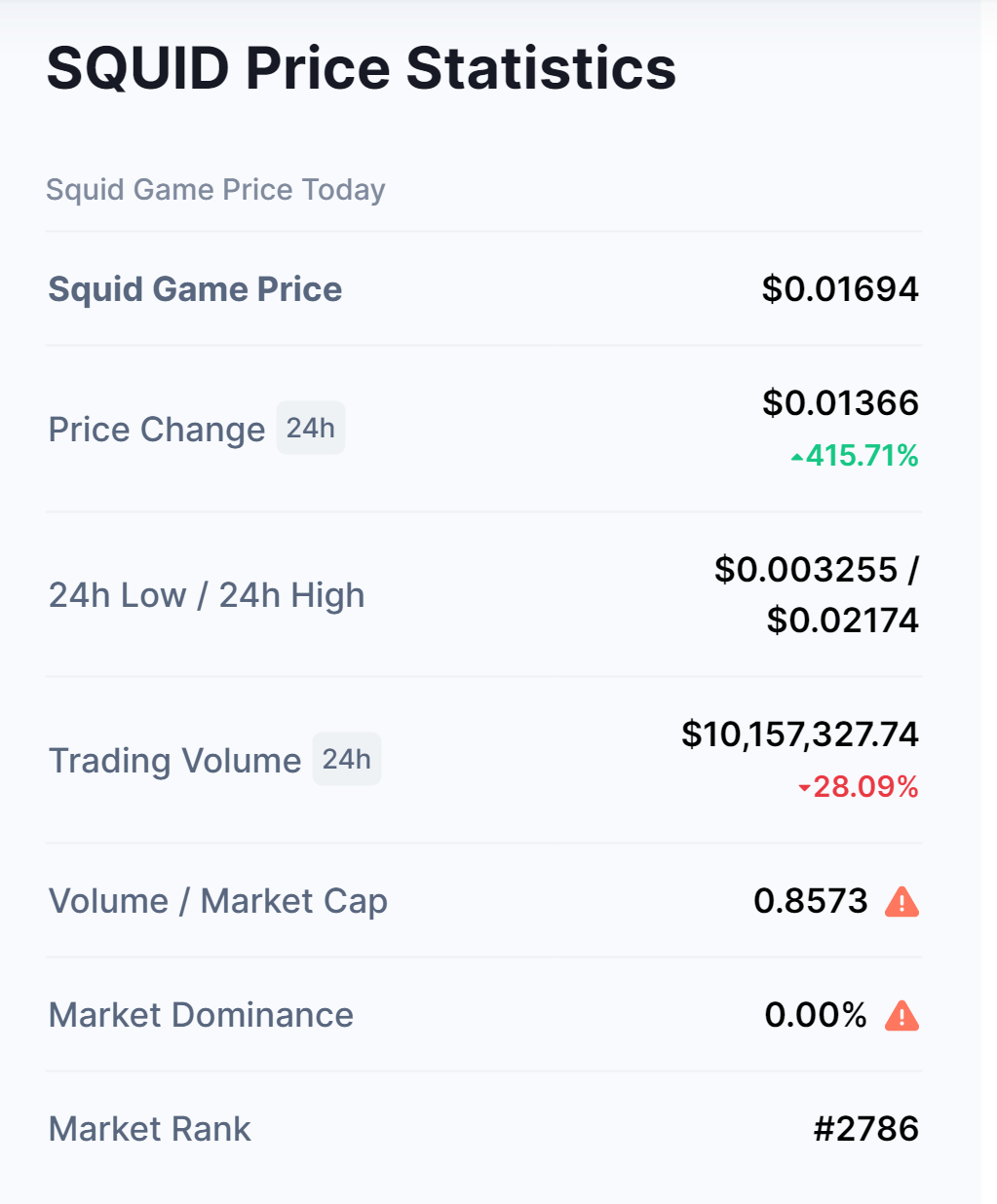 Bear in mind that the Squid Game coin’s website is off-air now, and the project has been widely panned as a consummate scam. Nonetheless, it seems that some people are still willing to risk their hard-earned money in order to chase such dubious FOMO schemes. For reference, here is SQUID’s long-term price chart as well as one for today.

Of course, the red flags around the Squid Game coin were visible to any discernible investor. After all, the liquidity pool was solely under the custody of the game’s developers without any concrete oversight. Since the team held the majority of SQUID supply, they were able to seamlessly convert the SQUID liquidity pool into the BNB token, the native cryptocurrency on the Binance platform.

This is the last time I'll be tweeting about this, but the developers of @GoGoSquidGame @squidgame_bsc
just ran off with millions. They restrict everyone from withdrawing their money to pump the value of their coin and now they withdraw everything (1/2) pic.twitter.com/MraJn6Voth

We would urge all of our readers to exercise extreme caution while delving into nascent crypto plays. And, if you are one of the unlucky ones buying the Squid Game coin today because of FOMO, be prepared to lose all of your investment.