Our brains are definitely an interesting part of the human body, but it gets even more fascinating thanks to amazing discovery. 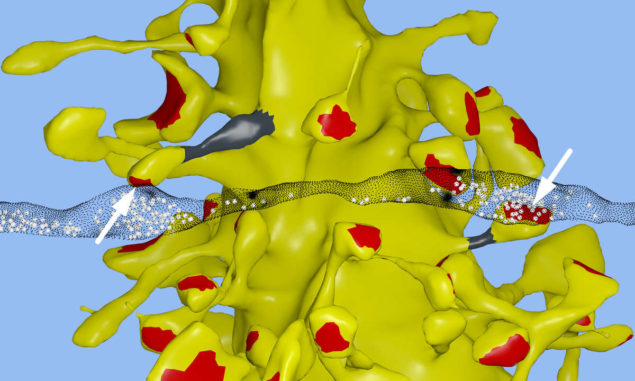 Researchers from Salk Institute have concluded that our brains are able to store one petabyte of data, which is equivalent to ten times the data that was thought this organ could originally store. In an ‘simple to understand’ example, it means that if we were to store all the MP3 files in our brains, it would take us approximately 2000 years to play all of those songs. One of the lead scientists from the group, called Terry Sejnowski states the following concerning his latest findings.

“This is a real bombshell in the field of neuroscience. Our new measurements of the brain's memory capacity increase conservative estimates by a factor of 10 to at least a petabyte, in the same ballpark as the World Wide Web. This is roughly an order of magnitude of precision more than anyone has ever imagined. The implications of what we found are far-reaching. Hidden under the apparent chaos and messiness of the brain is an underlying precision to the size and shapes of synapses that was hidden from us.”

There is a video given at the bottom if you want to view it and it will show you how these researchers were able to reach their conclusion. Coming to the storage part, we earlier stated that our brain is able to store up to a whole petabyte of data; but how much storage can a single petabyte of data hold? Turns out a lot; one petabyte is equal to a 1,000 terabytes, which is then equal to a 1,000,000,000,000,000 bytes, and that value is definitely a mouthful. According to Tom Bartol, another scientist belonging to the group, has stated the following:

“We were amazed to find that the difference in the sizes of the pairs of synapses were very small, on average, only about 8 percent different in size. No one thought it would be such a small difference. This was a curveball from nature.”

However, why is it that our brains are able to forget information rather quickly? The answer also lies in our diet. Any nutritionist will tell you that in order to maintain your memory for an extended period of time, you will have to maintain a healthy diet. Were you fascinated with this recent revelation? Tell us in the comments below.