Today at the IFA 2015 event in Berlin, Huawei unveiled its follow-up to last year's flagship, the Ascend Mate 7 that came with a built-in fingerprint sensor. This year, Huawei did not just attend the event to get Huawei Watch's sales rolling, but introduce something beyond the expectations. The Chinese OEM of Android smartphones announced its latest release, the Mate S that came packed with the new Force Touch-like technology. The Force Touch technology was first seen in the Apple Watch and is said to be part of the forthcoming iPhone 6s as well.

Huawei seems to be pretty much done with the hype of its fingerprint sensor and wanted to push its newest release a bit further with a bevy of innovative features. The Chinese OEM has also reduced the screen size of its newest release to 5.5 inches, giving it a more compact feel. Huawei's premium smartphone features a pressure sensitive display, not to call it a copy, but the company is even calling it Force Touch while marketing it on Twitter.

Huawei has showcased some of the features of its Mate S on stage, reflecting its 'Force Touch' technology. The new feature will allow users to interact with several actions integrated within the display. A hard press on the screen will zoom images, trigger several shortcuts for apps. It can even estimate the weight with its makeshift scale which is a stunning feature to own in a smartphone. All you have to do is place the Mate S on a surface and put an object on its display. You will be notified for an estimated weight of the object. 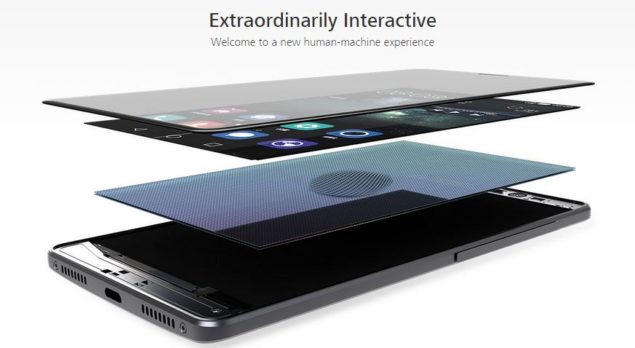 Huawei's Mate S is bestowed with a 13-megapixel rear shooter with a sapphire lens, RDBW sensor and optical image stabilization. On the front of the smartphone is an 8-megapixel camera with a soft LED illumination that slightly differs from a flash, according to Huawei. The 5.5-inch display is a 1080p panel and has a a slight 2.65mm taper curve around the edges. The display is protected with a '2.5D' curved Gorilla Glass 4. Other improvements include the Fingerprint Sense 2.0 technology that improve the scan time and accuracy of the implanted fingerprint scanner.

Under the hood improvements include 3GB RAM with a 32GB of of storage capacity. Huawei's Mate S is priced at roughly $730. Huawei was able to knock Apple at its own game, but the real question is, how will Apple's Force Touch technology stack up against Huawei's Mate S? A more direct comparison will be unleashed followed by the iPhone 6s release as a lot of details are still unknown about the forthcoming Force Touch technology and its integration with iOS 9.

This is it for now, folks. Share your thoughts about Huawei's Mate S Force touch technology. Will it be able to compete with the likes of the iPhone 6s?