Homefront: The Revolution Planned for 2016 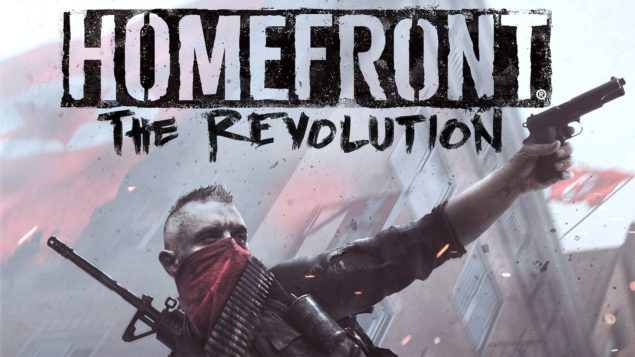 The team behind Homefront: The Revolution is mostly made up of veterans of Free Radical Design

Dambuster Studios was founded in July 2014, in Nottingham, UK. The studio is lead by Hasit Zala, also acting as Game Director for Homefront: The Revolution. The studio currently has 126 staff members, the majority of whom are veterans of Crytek UK (formerly Free Radical Design). Free Radical Design is probably best known for the TimeSplitters series. Initially, most of Free Radical Design's employees previously worked for game developer Rare.

“We are excited that Deep Silver’s acquisition of the Homefront IP and assets from Crytek has allowed development of Homefront: The Revolution to continue with minimum disruption. The team here believes we are working on something truly special.”

Dr. Klemens Kundratitz, CEO Deep Silver had this to say:

“Dambuster Studios are an extraordinarily talented group. We are giving the team every opportunity to turn Homefront: The Revolution into a best-selling title, and have set a 2016 release date to provide them the time they need to achieve this. You can expect to hear more about the game later this year.”

Homefront: The Revolution, is set in 2029, two years after the events of Homefront, and four years into the invasion of the United States by the Greater Korea Republic (GKR). The GKR lost the western states, which also include Hawaii and Alaska to the Americans, following the Battle of San Francisco. The GKR has shifted their control to capturing as many of the eastern states, with Philadelphia becoming their central base.

The new Philadelphia is a heavily policed and oppressed environment, with civilians living in fear as the Korean People's Army patrol multiple districts in the city. In the city, a second rebellion is brewing and the resistance grows stronger, being led by protagonist Ethan Brady.

The game is built on CRYENGINE.

Homefront: The Revolution is scheduled for a 2016 release on PC and Linux, as well as current-gen consoles.