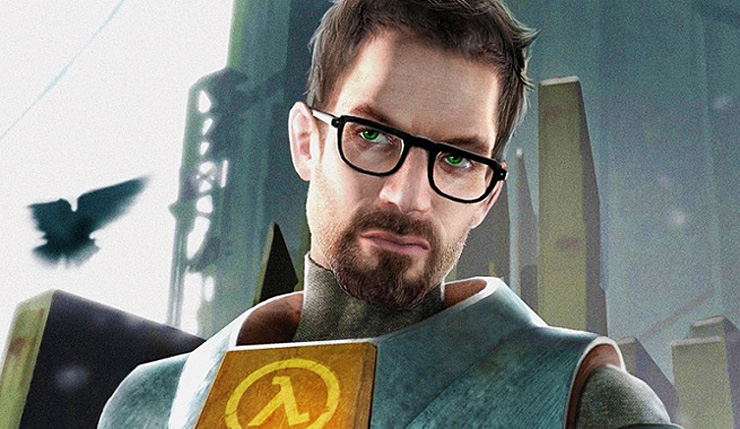 Update: Valve has confirmed it -- all Half-Life games are free for the next two months until Half-Life: Alyx launches in March. This includes all the core Valve-developed games, as well as fan-made projects like Half-Life: Source. Grab the games right here, while you can!

Original Story: Not sure why everyone is so worked up about the upcoming Half-Life: Alyx? The last new HL game was released nearly 13 years ago, so there’s a lot gamers out there who have probably never played the series. Well, it seems like Valve may be planning to give folks an easy way to catch up.

According to a number of people on the Half-Life: Alyx Steam Community, they recently received a notification that the "Half-Life Collection" would be free-to-play until the release of Alyx in March. Apparently, the notification quickly disappeared, but, of course, the Internet never forgets. Here’s a screenshot receipt from a poster on ResetEra. 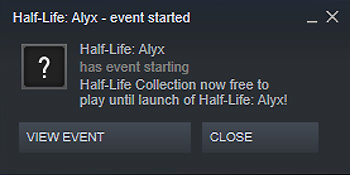 As of now all Half-Life games still have prices on Steam – in fact, the “Half-Life Collection” doesn’t currently exist. What might the collection contain? All the core Half-Life games to date seems like a good bet, but as of right now, we don’t know for sure. It seems like somebody at the Valve mothership jumped the gun with this notification – of course, I’ll update this story if/when we get official confirmation.

Haven’t been keeping up with the VR-exclusive Half-Life: Alyx? Here’s a basic description:

Half-Life: Alyx is Valve’s VR return to the Half-Life series. It’s the story of an impossible fight against a vicious alien race known as the Combine, set between the events of the first two games. Playing as Alyx Vance, you are humanity’s only chance for survival. The Combine’s control of the planet since the Black Mesa incident has only strengthened as they corral the remaining population in cities. Among them are some of Earth’s greatest scientists: you and your father, Dr. Eli Vance.

As founders of a fledgling resistance, you’ve continued your clandestine scientific activity—performing critical research, and building invaluable tools for the few humans brave enough to defy the Combine. Every day, you learn more about your enemy, and every day you work toward finding a weakness.