GTA V PC version will be making its way on PCs in just a couple of weeks. The release date is set to be 14th of April and so far there are no hints or plans of the games delay. As promised, Rockstar has released a 60 fps trailer for us to feast our eyes. The 60 fps trailer is a general overview of the game but showcases the advantage the PC user will have over the console gamers. For once, the advantage of the PC version being better is justified looking at the time it took for the game to make its way across PCs. 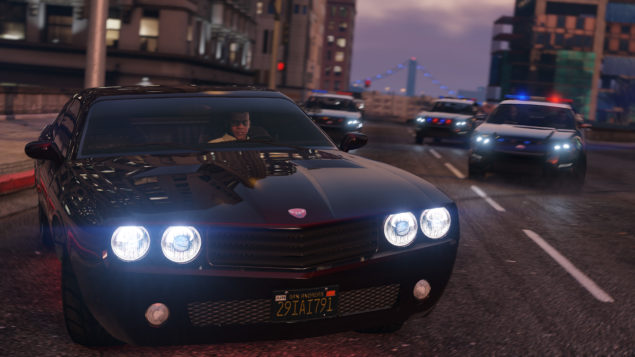 The new trailer released for GTA V, on its official website, presents nothing we haven't seen before in GTA V game but the juicy 60fps has done its job in style. The game looks way much better and you don't have to take my word for it. Check out the new trailer below.

The GTA V's release PC is of course highly awaited and gamers will be looking to get its hands on the game as soon as possible. To check if you can play the game on your PC or if you need an upgrade for the GTA V, check out the official PC requirements below:

Do share what you think of the new trailer for the GTA V and weather you think that a 60 fps upgrade is worth the extra money the game will cost you. Alongside, of course, the green you will need if you have a graphic card on the lower end.