Rockstar's open world action-adventure video game Grand Theft Auto IV is pretty famous among the PC modders community, yet still we have never seen a first person shooter mod for the game. However, it is not a problem now to play one of the top and record breaking open world action-adventure last-gen video games called GTA V in first-person shooter mode on the Xbox 360 console. Take a look at how immersive GTA V gets when you play it from first-person shooter perspective. 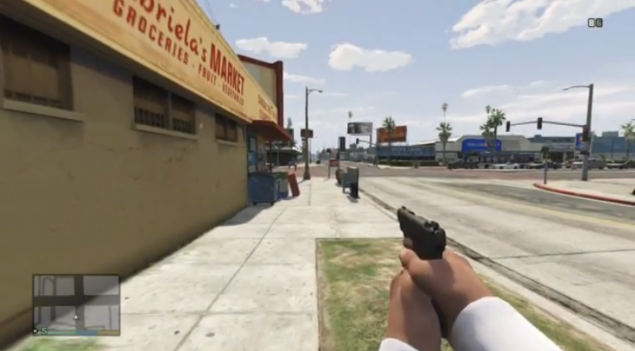 GTA V is apparently the best last-gen game ever developed by Rockstar. The game is originally played from a third-person perspective but now, thanks to a talented video game modder, few selected Xbox 360 players can enjoy the game in first-person shooter mode. There are very slim chances that you will be able to play the game with this mod unless you are a modder yourself, but just to feast your eyes, below are some videos showing how immersive the in-game GTA V world gets when you play it from first-person perspective.

The mod in discussion has been developed by a YouTube user known as XBLToothPik. Interestingly, camera angle and movements, and in-game animations work quite fine with the mod, doubling the in-game GTA V gameplay experience. It is clear from the videos given below that the mod is crafted on Xbox 360 version of the game. I am pretty sure PC modders won't take long to introduce the same mod for next-gen GTA V when it launches later this year, but lets just not wait for that and take a look at how the game performs in a first-person perspective on last-gen console.