STALKER is on the rise again it seems, as Last December the studio that created the acclaimed STALKER franchise, GSC Game World, rose from the radioactive Ashes much like a Phoenix. This is after they vanished and closed down the entire company back in 2011. 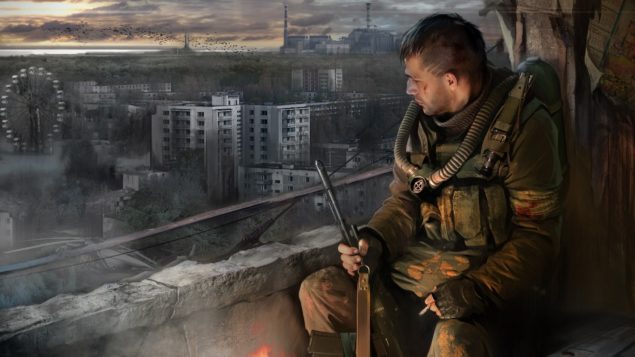 "We realised that STALKER 2 was different"

After the abandonment of GSC Game World, most of the core STALKER team went on to create Vostok Games, which later would go on to make and publish the online F2P shooter Survarium (which currently is in beta). Public relations director for GSC Game World Valentine Yeltyshev said that he went on his own way instead of going over to Vostok Games. In fact he stepped away from the Industry entirely, so that he could pursue a career on the motocross circuit.

"That was the beginning of Vostok Games," Yeltyshev told Polygon. "But I did not trust in the idea of the Survarium game. But I did not believe, at that time, that something better could be done. So that's why I stepped away from the games industry and never became part of Vostok Games."

Now both Yeltyshev and GSC Game World are back, and Yeltyshev has been working full-time for GSC since November, and he's very excited to talk about their next project "When the time is right". Yeltyshev, thinks that the studio is in good hands, with Sergei Grigorovich which was the founder of GSC, still maintaining his role as CEO. However he has in turn handed over the task of overseeing the day-to-day management to his brother, Evgeniy who is now the Producer for their next project.

"Evgeniy has worked with GSC Game World, as a developer and as a project lead, from the beginning," Yeltyshev said. "Since around 2000. So he's not new to the games industry."

Yeltyshev continues to say that several of the key members from back in the day are already employed as well as many other Ukrainians with experience from other games companies.

Something that's related and relevant to GSC re-opening is a rather Fishy game/project by the name of "STALKER Apocalypse" or as it was formerly know "Areal". Currently there's a rather fishy game being developed by the studio West Games, the game itself first popped up on Kickstarter last year with the name 'Areal', and West Games claimed that "core team members from the acclaimed STALKER series are working on Areal".

The Kickstarter campaign got suspended after a while due to controversy such as showing footage from the STALKER games in their first video, as well as the developers several shenanigans such as not answering questions asked, or taking back previous statements about how far they were in development. As well as pointing fingers and trying to discredit media outlets when media started to cover the Kickstarter campaign.

After this, they put up their own "crowd-funding" via their website, which had a "funds so far" tracker that was coded in HTML, where they technically could manually change the amount of money that they had been "donated", fishy enough for you? No?
Now they are on a service called "Wfunder" a crowd-funding platform that looks oddly familiar to Kickstarter but has its HQ outside of the United States. GSC's Yeltyshev all but dismisses West Games, stating that the team has neither the skills, nor the permission, to make a STALKER game.

"We started to develop a Flash-based, a web-based STALKER before 2011," Yeltshev said. "An isometric, open-world STALKER. And that was these guys [that make up the core of West Games]. When we realized that this project would not be as good as we wanted it to be, we closed the project."

"They are trying to steal money from people with this crowdfunding website. With Kickstarter first ... and now they are using some weird, other platform. Who is so stupid as to give them money? These guys do not even have an adequate team to make a game half as big as the original STALKER, let alone a full game."

I personally hope that we get to see a STALKER 2 which turns out to be what everyone has been craving for all of these years. I tend to dive back in to the old games now and then, which has a pretty extensive modding community that has made the games age quite well, mods such as high-fidelity skyboxes and lightning gfx, as well as great gameplay mods that make the games quite hard and more of a "survival" game. I'm looking forward to any and all announcements that should be coming from GSC Soon™.

STALKER 2: Heart of Chernobyl Weighs in at a Massive 150GB