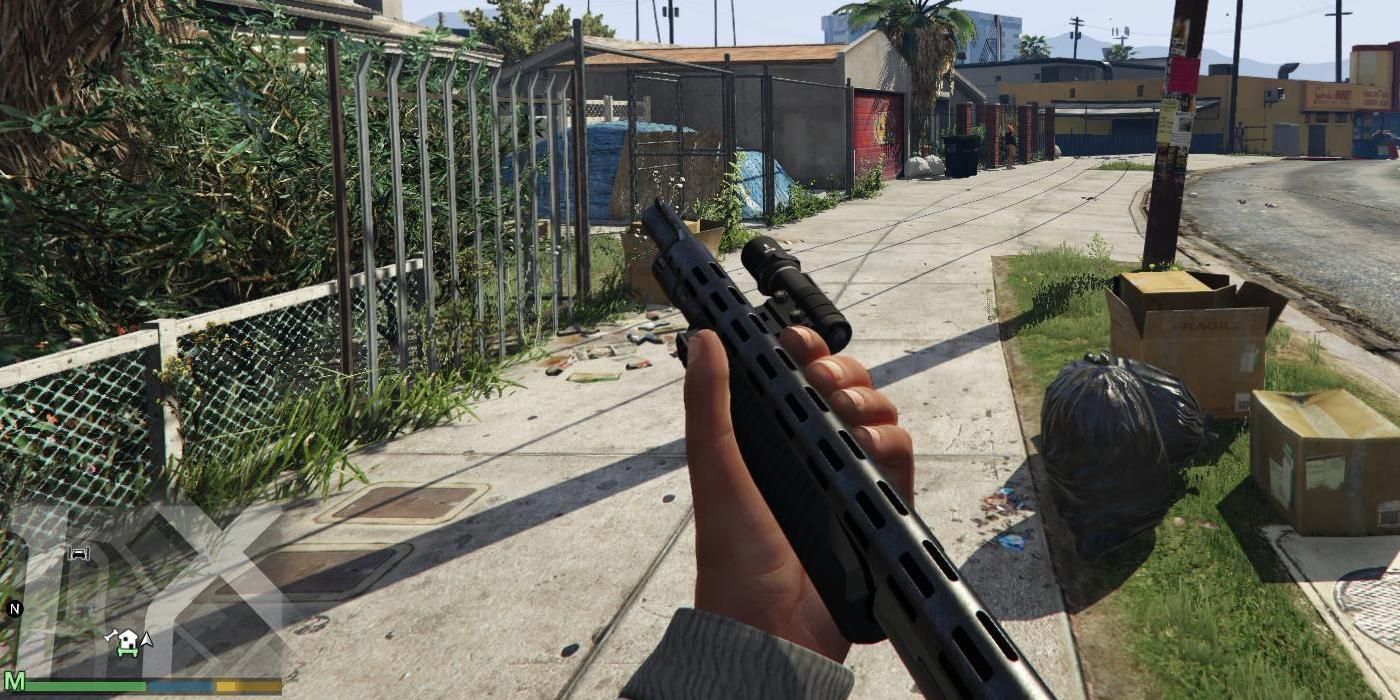 The Grand Theft Auto V modding community has always been extremely active, releasing some very interesting mods that allow players to experience the game in different ways. No one, however, managed to create a proper complete VR overhaul of the game. Until recently, that is, thanks to the efforts of a very capable modder.

The Grand Theft Auto V R.E.A.L. mod introduces a full VR overhaul that makes the game fully playable in VR, cutscenes included. The mod includes some tweaks that have been made to the UI and other features and it is compatible with both Oculus Rift and Steam VR.

After several experiments, I settled on a solution that I believe is the best compromise between ease of access to the various information fields available on the HUD (such as game hints, ammo, subtitles, and especially the all-important radar) and the necessity in VR to keep the HUD out of the way so that it doesn't detract from immersion in the game world.

In my implementation, the HUD is semi-transparent, suspended in space about 3 feet in front of your head, and it is:

A notable exception happens when you are aiming, in which case the HUD will become smaller and headlocked, so you'll always have all the information that you need visible in front of you even when you have to rotate your head quickly to follow enemies.

Great news for those of you who like to play the story missions in VR: I finally came up with a universal FOV fix that also works in cutscenes! No more in-your-face characters, no more camera zooms, no more world warping when you turn your head!!

Grand Theft Auto V is now available on PC, PlayStation 4, Xbox One, as well as on PlayStation 3 and Xbox 360.