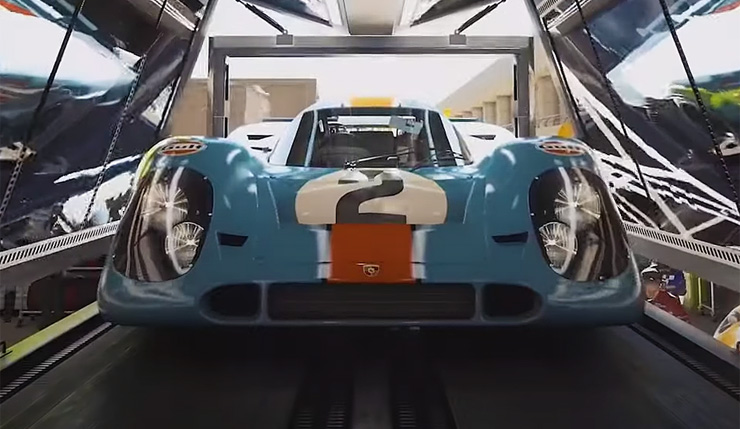 A new PlayStation console wouldn’t be complete without its own Gran Turismo game, and during their “The Future of Gaming” event, Sony confirmed a new entry in the series will be racing onto PlayStation 5. You can check out the first engine-revving trailer for Gran Turismo 7, below.

Those are some shiny cars! Aside from the new trailer, Sony and developer Polyphony Digital have not revealed much about Gran Turismo 7. As of now, this basic description is all we've got:

Gran Turismo 7 builds on 22 years of experience to bring you the best features from the history of the franchise Whether you’re a competitive racer, collector, fine-tuning builder, livery designer, photographer or arcade fan – ignite your personal passion for cars with features inspired by the past, present and future of Gran Turismo!

Not all that much to go on, but the trailer does provide a brief look at a map of "GT Town," which includes a home garage, parts and car shops, and a bunch of other locations. This would seem to indicate GT7 will see the return of a more traditional, deep campaign mode, which was something sorely missing from Gran Turismo Sport. The return of campaign mode was confirmed by longtime Gran Turismo producer Kazunori Yamauchi in a brief statement...

Today I woul dlike to share with everyone some information abou the new Gran Turismo that we are very excited about. I think this Gran Turismo should make fans feel very happy, especially with the campaign mode. It should be something fun to look forward to.

Gran Turismo 7 is coming to PS5. A release date has not been specified. Are you excited to hit the asphalt again? The PS4's Gran Turismo Sport had its issues, but with the return of a full campaign mode, I think Polyphony Digital may be steering in the right direction with Gran Turismo 7.