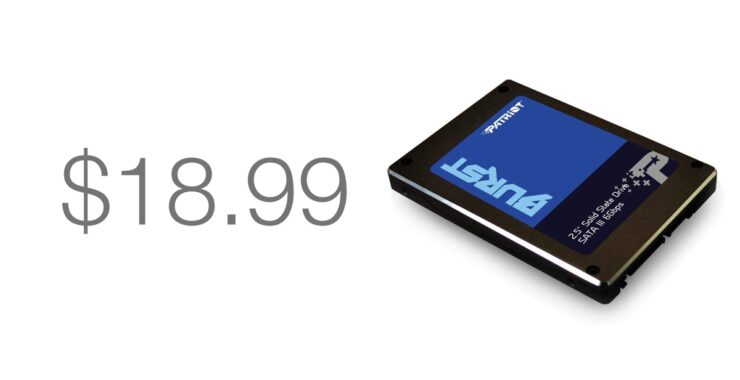 That is not a typo. This is a deal on a Patriot solid state drive that has dropped to just $18.99 for a limited period of time.

If someone tells you that SSDs are expensive, now's the time to tell them that they're wrong. Right now, Patriot is offering a 120GB internal SSD for a mere $18.99. And given that it's so cheap, it's also a moment of opportunity for you to upgrade your PC setup with something that's way too easy on the wallet and zippy at the same time.

Here is a full rundown of the specs of the Patriot SSD:

While this SSD may not be the fastest on the planet but it offers value for money that we haven't seen anywhere else in a long, long time. If you have an aging system lying around and need to breathe some life into it then you just can't go wrong with literally any SSD at all. These are easy to install, super fast, improve boot-up times by a huge margin, and run absolutely silent.

So, what are you waiting for? Head over to the link below and grab the deal right now.

PNY Storage Products Can Be Had for up to 66 Percent Price Savings, but Only for Today