Google is attempting to connect individuals through the comfort of their smartphones in the simplest manner possible, and the process can only be completed in the form of mobile applications. The company’s latest offering to Android and iOS platforms is Who’s Down, an app that lets individuals know which friends are in their closest proximity. Let us take a look at more details of how Who’s Down works. 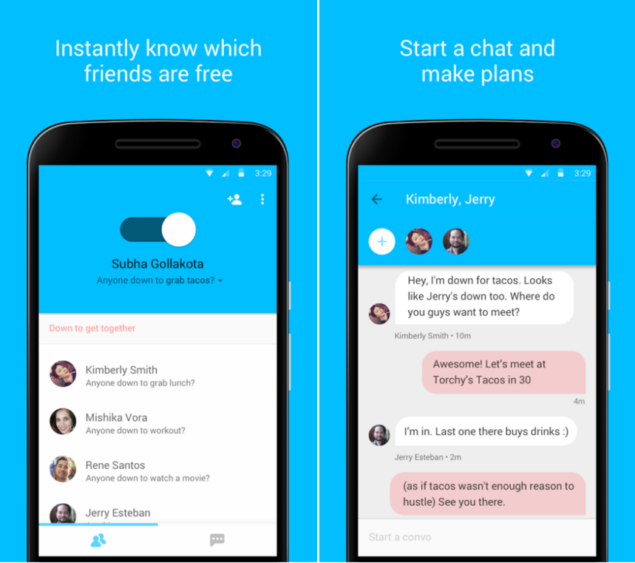 According to the details of the app, Who's Down is an invite-only application that lets fellow teenagers know that they are available for a particular type of activity, or simply, if they are ‘down’ to hang out with each other. When users attempt to sign up for Who's Down, Google will ask you to enter your email address and your school, suggesting the app is targeted to a younger crowd. If you visit the official website, the very first thing you will be able to see is the ‘REQUEST AN INVITE’, confirming that the app will not work without an invite.

Who’s Down will obviously not be in the same league as other popular messaging services such as WhatsApp, Viber and several others and the ‘REQUEST AN INVITE’ will definitely be a deal breaker for several potential users who want to try something different because they obviously want to avoid this tedious process altogether. If Who’s Down becomes mildly successful, we believe that some of its features will be able to be adopted into new applications, otherwise, it will just become a thing of the past like several others before it. 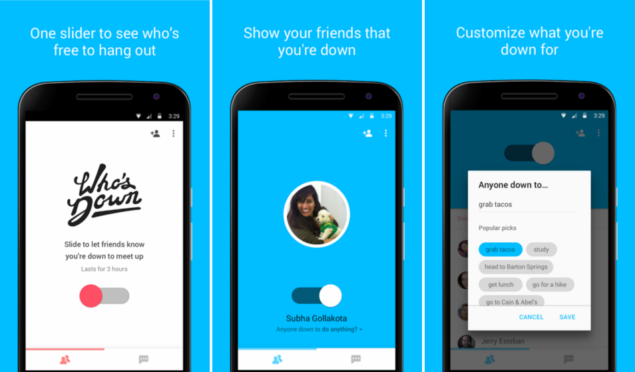 Coming to the actual features of Who’s Down, when users actually initiate their very first entry into the environment of the application, they can search for nearby friends and ask if they are ‘down’ for doing something. This can range from a quiet evening with a few close friends or can go up to an adventure filled night. Furthermore, there are group chatting features included so that you can keep track of communication with your close friends in order to see what additional plans they have for the remainder of the month.