Google Maps has added yet another feature to its range of new features. It now has the ability to remember your route preferences when searching for in-app directions.

For example, the users who like to take a route with no tolls will now get the directions taking the preference in account. Earlier, users would have to select the route every time they enter the location. Google Maps will no longer show the preferences, but would remember the route you chose last time. Keeping it easy. 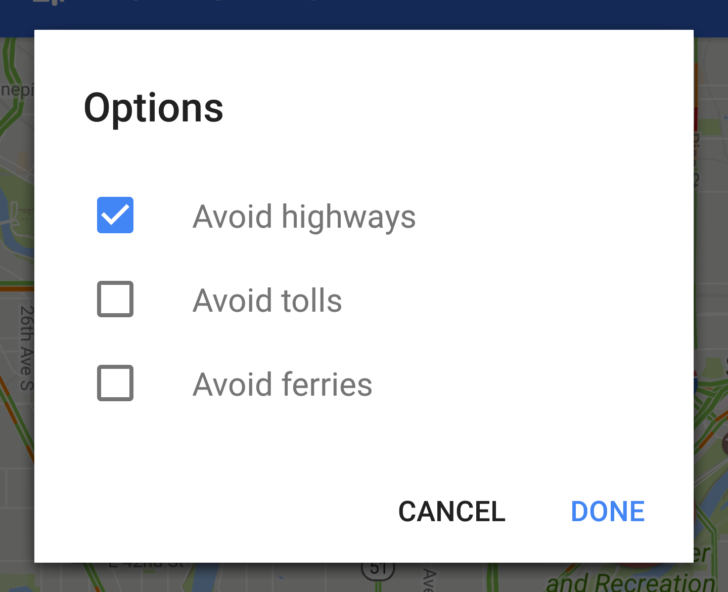 Google rolled out this new ability a few days ago and many users are already using it. However, being a gradual rollout, there are still many users who can't see the changes. We can expect it to reach every users in a few days. The new feature could prove to be time saving for many users who go through the same route everyday as they no longer have to select their route preference every time they start the journey. By selecting the route once, Google Maps will remember your selection for the next trips.

In addition, Google Maps also offers options like avoid motorways, avoid toll roads, and avoid ferries – when starting a trip. These features are for both iOS and Android users.

To recap, Google Maps recently added real-time location sharing feature in its app for Android and iOS. This feature allows users to share their live location with select users for a fixed duration. It enables other users to track your location in real time and make sure if you are on the right route. When introduced, location sharing feature on Google Maps received mixed response from users, some supported it for security reasons while many tagged it as privacy intrusion.