UPDATE: It appears that all ride-sharing apps don't work from within Google Maps anymore, not just Uber. You can still compare prices from the app and head over to the one that suits your budget better. We'll take that over no cab-related information at all.

A person looking for directions in a new city will very often require a cab to get to his destination. Which is why Google partnered up with Uber so they could integrate the company’s ride-sharing service directly into the Google Maps application. The integration allowed you to book a ride, track your driver, complete, and pay for the ride without ever leaving the Google Maps application.

This partnership seemed to have expanded even further this year a version of Google Maps Beta was found to be able to create an Uber account directly. However, Google has just removed this integration, and now you're back to booking your ride directly via the Uber application. 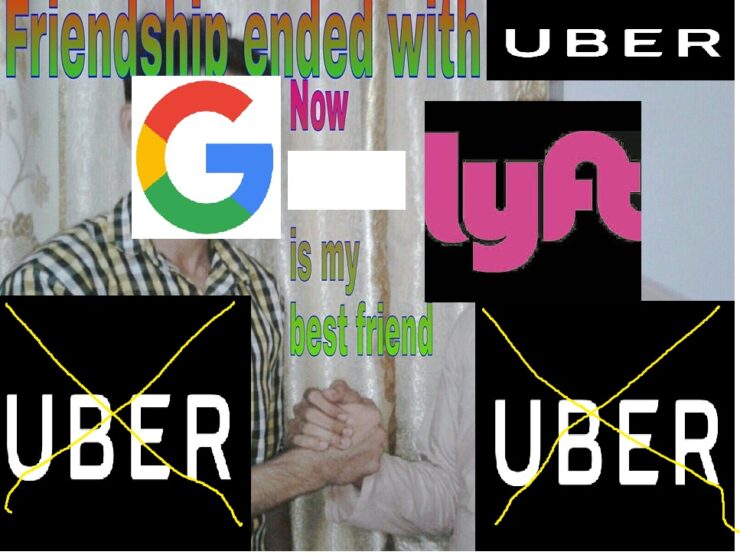 I couldn't resist making this

It's unclear as to why the integration was scrapped, considering that it was a win-win for both companies. The ability to book a cab directly from Google Maps is handy, especially when you're in unfamiliar territory. One of the possible reasons could be the spate of fallouts the companies have had in the recent past. Google's self-driving project Waymo has been at loggerheads with Uber, and a recent lawsuit resulted in Uber settling for a whopping $245million for alleged intellectual property theft.

Neither company has officially announced the removal of their services from the other, so we could be looking at an Amazon-like standoff where one company won't support the others' services owing to ongoing conflicts. Another possible reason for the separation could be due to Google’s recent $1 billion investment in Lyft; Uber's main competitor in the US market. Until either of the companies make an official comment, we have nothing but speculation. For all we know, Uber wants all that sweet location data that would have been otherwise hard to get via Google Maps. Tech companies fighting amongst themselves often results in the end user being inconvenienced in some way and we hope that Google and Uber sort their differences before things get too bad.