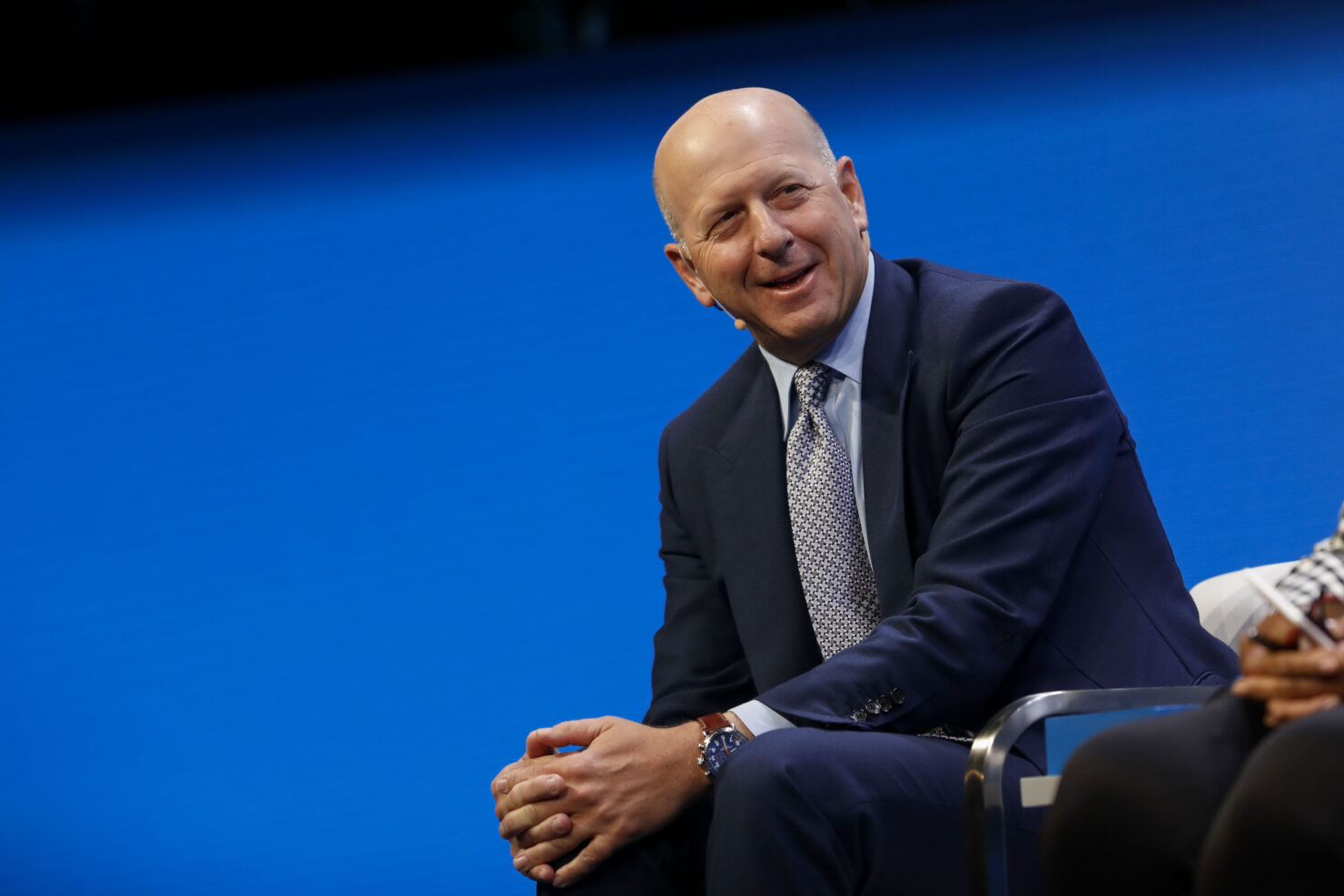 David Solomon, co-president and co-chief operating officer of Goldman Sachs & Co., speaks during the Milken Institute Global Conference in Beverly Hills, California, U.S., on Monday, May 1, 2017. The conference is a unique setting that convenes individuals with the capital, power and influence to move the world forward meet face-to-face with those whose expertise and creativity are reinventing industry, philanthropy and media. Photographer: Patrick T. Fallon/Bloomberg via Getty Images

It's official, David M. Solomon has been named the successor of Lloyd C. Blankfein as CEO of Goldman Sachs Group (GS:NYSE). This is of particular interest to the crypto space because David Solomon is widely considered to be a 'crypto-friendly' executive and has made progressive remarks about Bitcoin and cryptocurrencies.

Mr. Blankfein will step down as Chief Executive Officer on September 30, 2018, and will retire from the firm and as Chairman of the Board at the end of the year. Mr. Blankfein will accept the title of Senior Chairman after his retirement. Mr. Solomon will join the firm’s Board on October 1, 2018 and succeed him in both roles. He had previously been appointed President and Co-Chief Operating Officer in 2016. Prior to that, he was Global Co-Head of the Investment Banking Division from 2006.

“I want to express my deep appreciation for the opportunity to work with and benefit from so many talented and dedicated colleagues,” said Mr. Blankfein. “My job has also allowed me to engage with many of the most impressive business leaders around the world and I thank them for allowing me to help support their goals and priorities.”

Our firm has demonstrated great resiliency and strength over the last 12 years,” Mr. Blankfein continued. “I’ve never been more optimistic about our ability to serve our clients effectively and generate industry-leading returns.”

“David is the right person to lead Goldman Sachs. He has demonstrated a proven ability to build and grow businesses, identified creative ways to enhance our culture and has put clients at the center of our strategy. Through the talent of our people and the quality of our client franchise, Goldman Sachs is poised to realize the next stage of growth.”

Mr David is known to be fairly open to a financial world that has a place for cryptocurrencies. This is in stark contrast to CEO of JPMorgan who had previously called Bitcoin a fraud and then later retracted his statements.

This news comes in just a day after Blackrock, the world's largest asset management company, expressed interest in investing in the cryptocurrency space. Combined with the fact that the Chartered Institute of Financial Analysts (CFAI) also included blockchain and cryptocurrencies in its exam curriculum this week and stated that they are "not a passing fad", the crypto market has rebound  by as much as 10%, adding almost $20 billion dollars in the span of a few hours.

We are clearing some futures around Bitcoin, talking about doing some other activities there, but it’s going very cautiously,” said Solomon in an interview with Bloomberg TV in China. “We’re listening to our clients and trying to help our clients as they’re exploring those things too.”

Goldman Sachs must “evolve its business and adapt to the environment,” he said in response to a question about digital currencies.

-David Solomon in an interview to Bloomberg.

Goldman Sachs is in the top 6 largest banks in the United States and one of the institutions in a position to set the tone for the investment industry. Goldman Sachs stock reacted positively to the news with the initial dip driven by noise traders quickly reversing to end in the green.