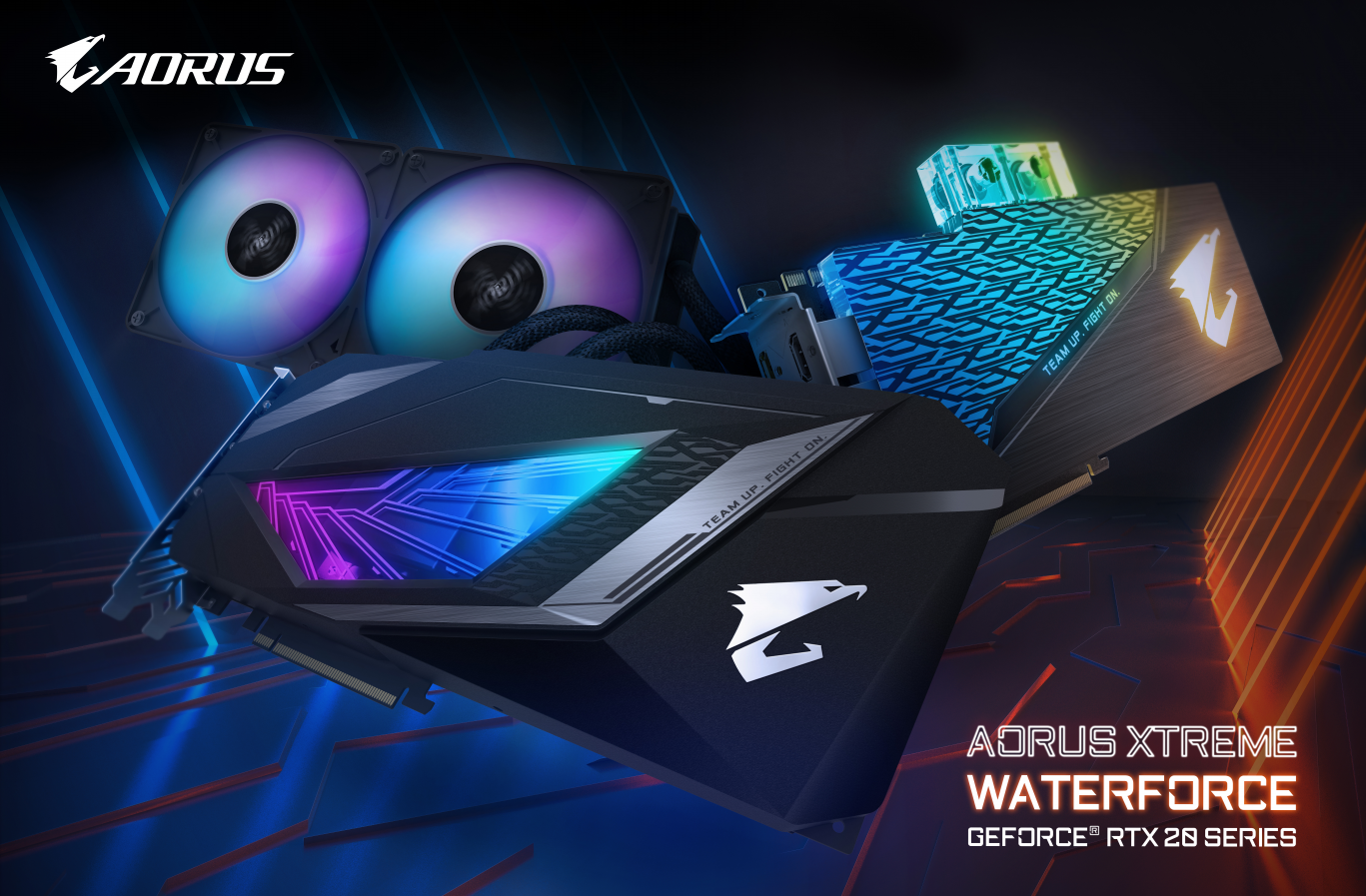 Gigabyte has officially announced their latest AORUS Xtreme Waterforce GeForce RTX 20 series graphics cards which come in both RTX 2080 Ti and RTX 2080 flavors. The new cards will launch with both water block and all-in-one liquid cooling solutions, featuring an impressive RGB LEDs illumination system and a custom PCB design that will take advantage of allowing faster factory overclocks out of the box.

Right off the bat, the GeForce RTX 2080 Ti and GeForce RTX 2080 AORUS Xtreme Waterforce (Water Block) variants can be seen as proper enthusiast options for those running custom loop configurations. Both cards come with the AORUS branded Waterforce Water Block cooling system which is a perfect fit for the custom and Ultra Durable PCB that Gigabyte uses on their cards. Cooling capacity for the GPU, VRAM, and MOSFET is fully ensured through a front copper base plate and a pre-fitted metal back plate.

All of the critical GPU components such as the core, VRAM and MOSFETs get direct contact with the base-plate, transferring heat efficiently from the interior. The whole assembly is shrouded beneath an amazing AORUS cover that features full support of Gigabyte's RGB Fusion technology, allowing for a very eye-catching design which modders and PC builders would love to use. All AORUS Xtreme graphics cards are complemented by 7 display outputs which include three HDMI, three DP, and a single USB Type-C port. 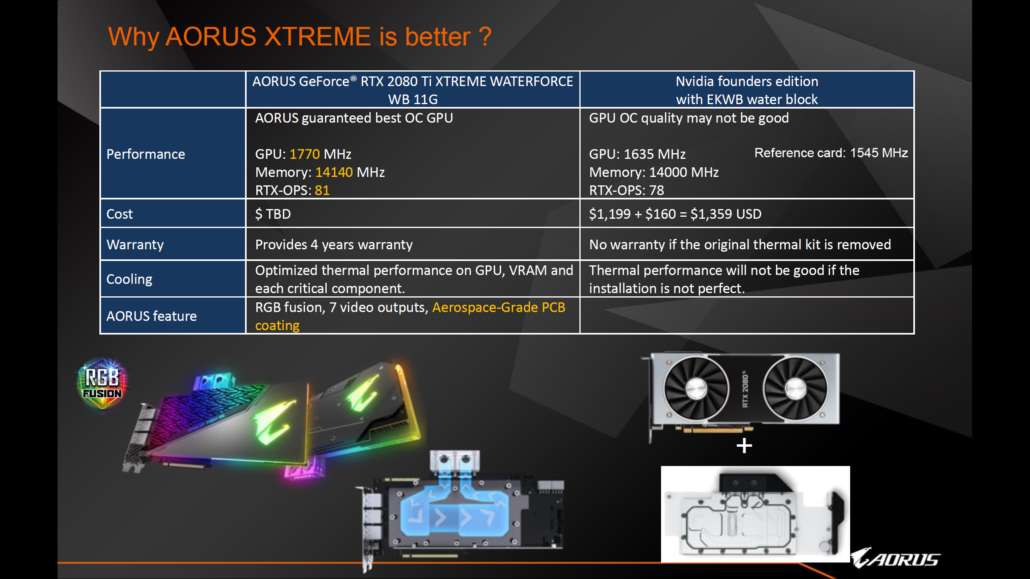 Interestingly, Gigabyte compares their solution to a founders edition board with an EKWB water block. Gigabyte claims that their solution provides higher out of the box frequencies and pricing would be very close to the competing solution and having a pre-fitted design is always better than to do the process yourself.

The other model, the Waterforce AIO has a similar PCB design as the RTX 2080 Waterblock variant but comes with the AIO cooling solution as the name suggests. Here, Gigabyte uses a 240mm radiator with dual 120mm RGB fans while the heatsink for the card is made up of a large copper base plate with direct contact surfaces for the GPU, VRAM, and MOSFETs.

The card has the same clock speeds as the water block variant but we can expect prices to be slightly lower. 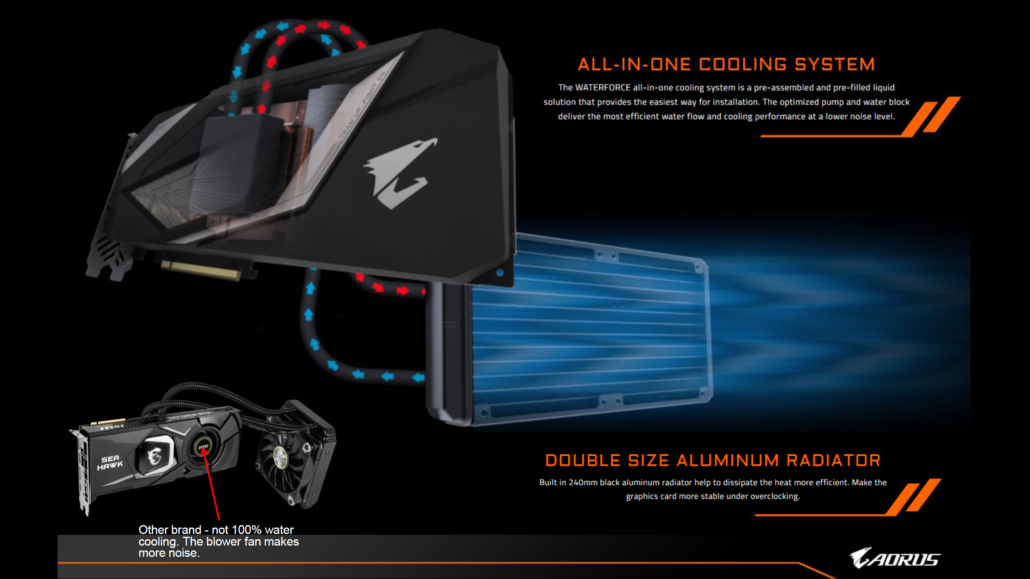