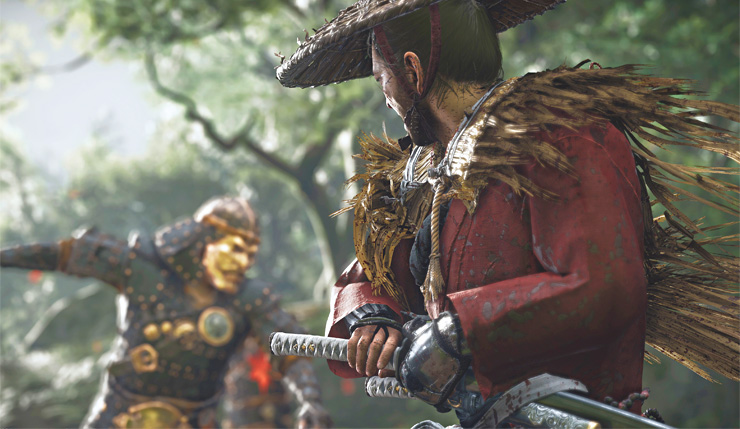 How historically accurate will Ghost of Tsushima be? Developer Sucker Punch has touted the amount of research they’ve done – their favorite line at E3 was that they’re “building a time machine” – but all entertainment based on history has to make some concessions. In a recent GameSpot interview, Sucker Punch co-founder Chris Zimmerman explained where they’ve decided to draw the line on historical realism with Ghost of Tsushima…

“We're going to deviate from historical truth, [but] we just want to do it intentionally. A lot of the support we get from our friends from Sony in Japan, and our Japanese friends in Sony US, and all the cultural consultants we've assembled to help us do this stuff, is to make sure we don't deviate accidentally. There are things we are going to do that are different and we want to choose those wisely. […] The challenge for us, making a game, in an original story but taking place in a real historical time, is making sure we're telling a story that people can relate to. When we are deviating from this historical truth, we are doing it to stop you from snagging on stuff.

If you have an idea about what samurai look like or how they act or how they think, we're going to give that to you. Most people's idea is really based on an idea of samurai which is really more of a [16th to 18th] century idea of samurai. 13th century, historically, is pretty different. In terms of how they fought, what they wore, it doesn't match your expectations. […] The armor that you see him wear, it's not 13th century armor. Because, honestly, the 13th century armor is pretty jarring looking, it's not what you'd expect. It's really boxy. It doesn't look aspirational.”

Unsurprisingly, Sucker Punch has also played around with Ghost of Tsushima’s combat. Real-life samurai sword battles were typically quick and deadly, without a lot of focus on flash. Tsushima, on the other hand, will let you pull off moves real samurai would have never done, like super cool, but strategically foolhardy, spin strikes. Don’t expect one-hit kills either – Sucker Punch experimented with them, but found a more traditional back-and-forth combat system was more fun.

Based on the footage and demos we’ve seen, it definitely seems like Ghost of Tsushima will represent a heightened take on history. A mix of real-life, myth, and images lifted from samurai movies/anime/games. That’s fine by me – I’m eager to get the samurai badassery started.