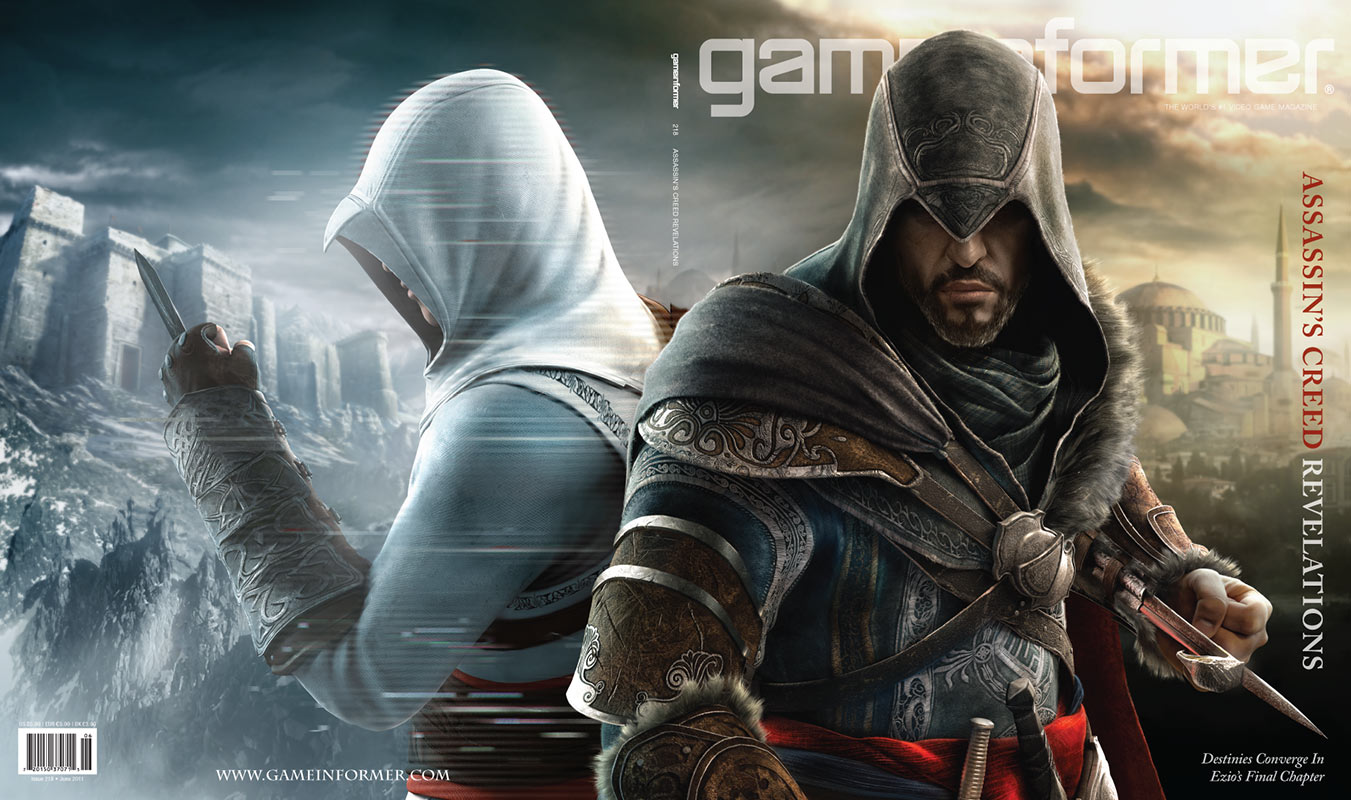 The June Cover of GameInformer is going to feature Ubisoft's next title in the Assassins Creed Series "Assassins Creed: Revelations". Major details of the game have been revealed about the Characters, Locations and Plot of the game through the magazine. Along with this two new screenshots along with the June Cover has been features in the magazine.

We once again get to control Ezio Auditore who's 50 years in age now through Desmond using the Animus. The game would be set in Constantinople which would be split into  different major sectors. New weapons would be featured which includes hookblade and a crafting system would be introduced which allows you to make bombs of over 300 different kinds which can be set up to ambush a convoy.

The game also introduces us to a new leveling mechanism and new gameplay features which include a facial technology similar to the one being used in Rockstars "LA.Noir". Multiplayer would be included in this game too along with abilities to customly create characters appearance, weapons and crate guilds. Full details below:

- The bulk of the game is set in Constantinople which will be split into 4 huge districts (Constantin, Beyazid, Imperial and Galata)
- You'll also visit Cappadocia
- Ezio is over 50 years old in this game
- Ezio has a new item called the hookblade which allows him to use ziplines throughout the city. UBI says that it speeds up navigation by about 30%
- You can also use the hookblade to reach out and pull enemies in for a combo
- Ezio can now make bombs through a crafting system. UBI says that there are over 300 bomb types
- They've modified the control scheme so that circle/B will control the hookblade and triangle/Y will control project weapons and bombs
- Eagles vision has become eagle sense. "Eagle sense let's you focus on a character and see where he's been," Amancio says. "You'll get an approximation of where he will go. If you're able to detect the path a guard will take, you can run ahead, set a bomb, and create a trap or an ambush."
- They've expanded on the Borgia Towers concept in order to create a new system. Throughout the city there are Assassin's Den's, you'll need to complete various assault scenarios in order take down the Templar presence (UBI says that there's more variety than in the Borgia Towers). Once you obtain a den you'll be able to upgrade the buildings in that region along with adding ziplines across the rooftops. You'll also be able to change the guards from being hostile to neutral.
- You can lose control of you dens as you gain notoriety. You'll be able to send your own troops after the templars if you're unable to make it back to the specific den that's being attacked. You can do that by making it to any of the other dens that you currently control. You'll also be able to install a master assassin to control a specific den and you'll never have to worry about it being taken over.
- The assassin leveling mechanic has been increased from 10 to 15
- In order to make the world more immersive they've done away with traditional side missions in favor of random events. For example you may be traveling through a city and notice a shop owner being robbed or a little girl asking for help
- They're using a new type of capture facial technology called Mocam that GI describes as an "intriguing amalgamation of traditional animation, performance capture and the fascinating new style of performance on display in games like LA Noire."
- Desmond is placed back inside Animus where he finds a safe mode called the 'Black Room'. You'll be able to access Desmond's lost memories through that back door
- The gameplay during Desmond's game is described as narrative-fueled puzzle sequences. "Through the manipulation and creation of geometry with the game world, Desmond seeks to reintegrate the splintered layers of his subconscious."
- Multiplayer is returning but this time they're trying to give more focus to the narrative since that's a big part of AC
- You'll be able to custom your character appearance and weapons as well as create guilds. 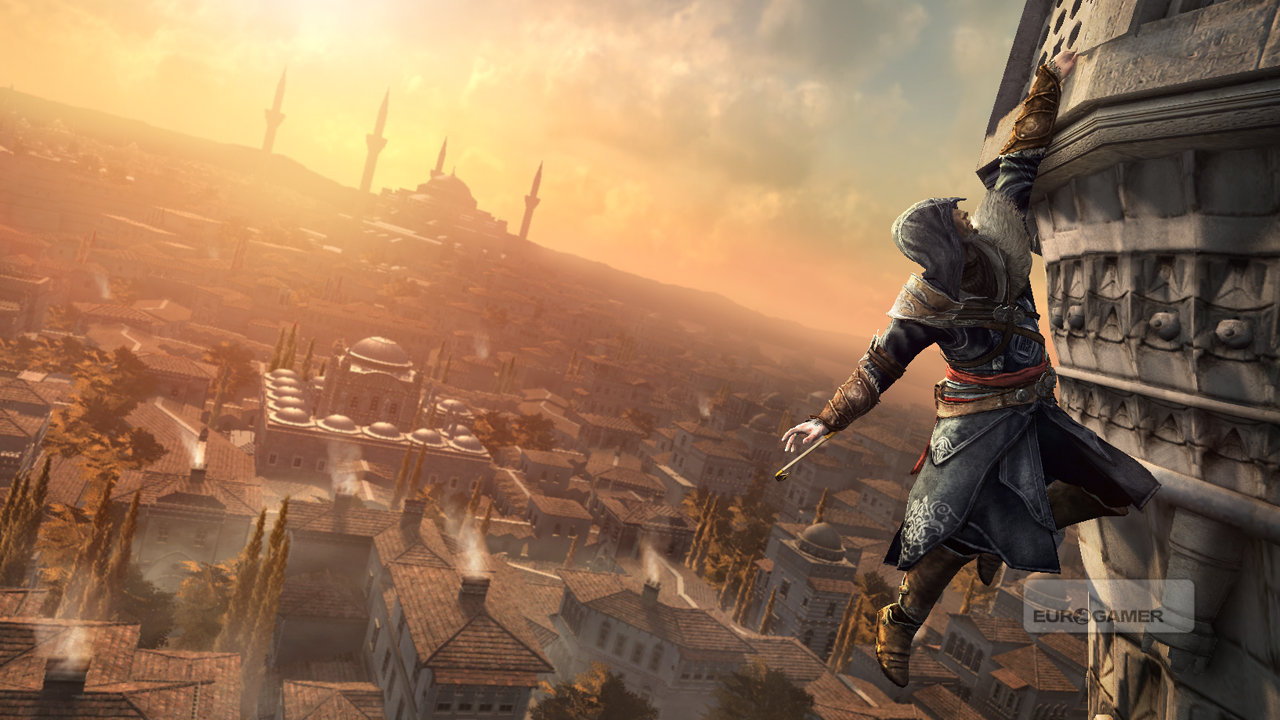 You can also check out a teaser below which shows some reference to Altair from Assassins Creed 1 below: