The developers aim to raise £65K in total. 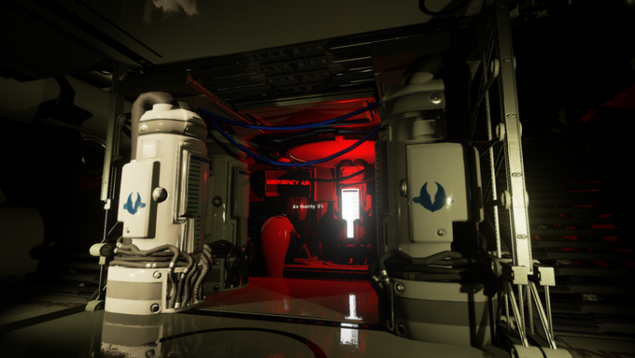 Galaxy Heist is a space game that brings the world of large space battles into the word of close quarter first person shooters. Each match players start out in space, on board a large ship with other players.

Each large flagship holds up to 5 players. At least 12-15 large flagships in each space battle(will continue to rise as we optimize more). Players have three main choices of activities when in space:

Pilot one of the large flagships that acts as a base for the 4-5 player sub teams. Control one of the turrets on the flagships, firing cannons, bullets, and the boarding tether. Pilot one of the drone fighters to scout ahead for your team or to add extra firepower in the battle.

“The players on my ship suck, I want to jump to another ally flagship”

No problem. Use an escape pod to move between big ships and change teams during the space battles. This is especially useful if a flagship is being boarded and players want to help one of their ships defend itself. Don't forget you have the option to fly your flagship alone with only the company of AI if you wish.

Space battles can take place in a wide range of environments and areas of the galaxy. Expect dynamic areas to fight in such as giant moving wreckage, areas full of raining meteors, and of course battles on the home front.

Boarding ships is the bread and butter of Galaxy Heist and can be done alone, with/against other players, or with your team against AI.

Once an enemy ship loses all power and becomes disabled, it’s free pickings for nearby enemy ships. Any large ship can take control of one of their turrets, fire a tether over to them, and begin the boarding process.
Boarding a ship is necessary in order to completely destroy it and remove it from the battle. If left alone, a flagship will fix itself and the team on board will continue to fight.

Pulling yourself into a disabled enemy ship will begin the server travel, effectively putting your team on a bridge connecting to the enemy ship. The enemy players will spawn on their flight deck, ready to defend against you.

The inside of every large space ship is different, offering unique strategies on how to get into the flight deck.

Some of the interactive features inside each ship: 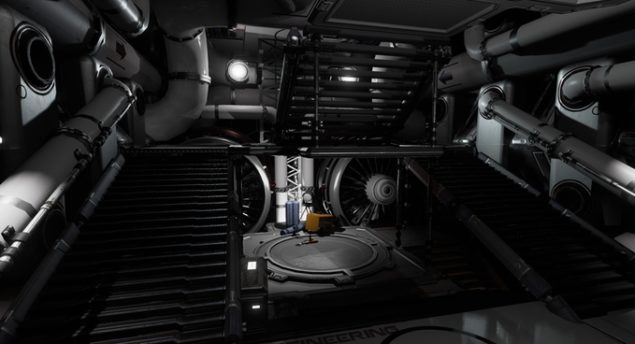 Player and ship customization is something that we will continue to build on in the future so that players can have more and more options when it comes to aesthetic changes. At the moment players can run around inside the ship of their choice as Mercenary, Soldier, and Engineer.

Character Customization: Players can customize the colors on three different groups of materials for each character. This is chosen before the player jumps into any space battle and their preferred character is used whenever the player boards a ship during that match.

Galaxy Heist if fully funded will be available for PC, Steam and the Xbox One. We will bring you any new information on Galaxy Heist and other Unreal Engine 4 projects as soon as it becomes available.