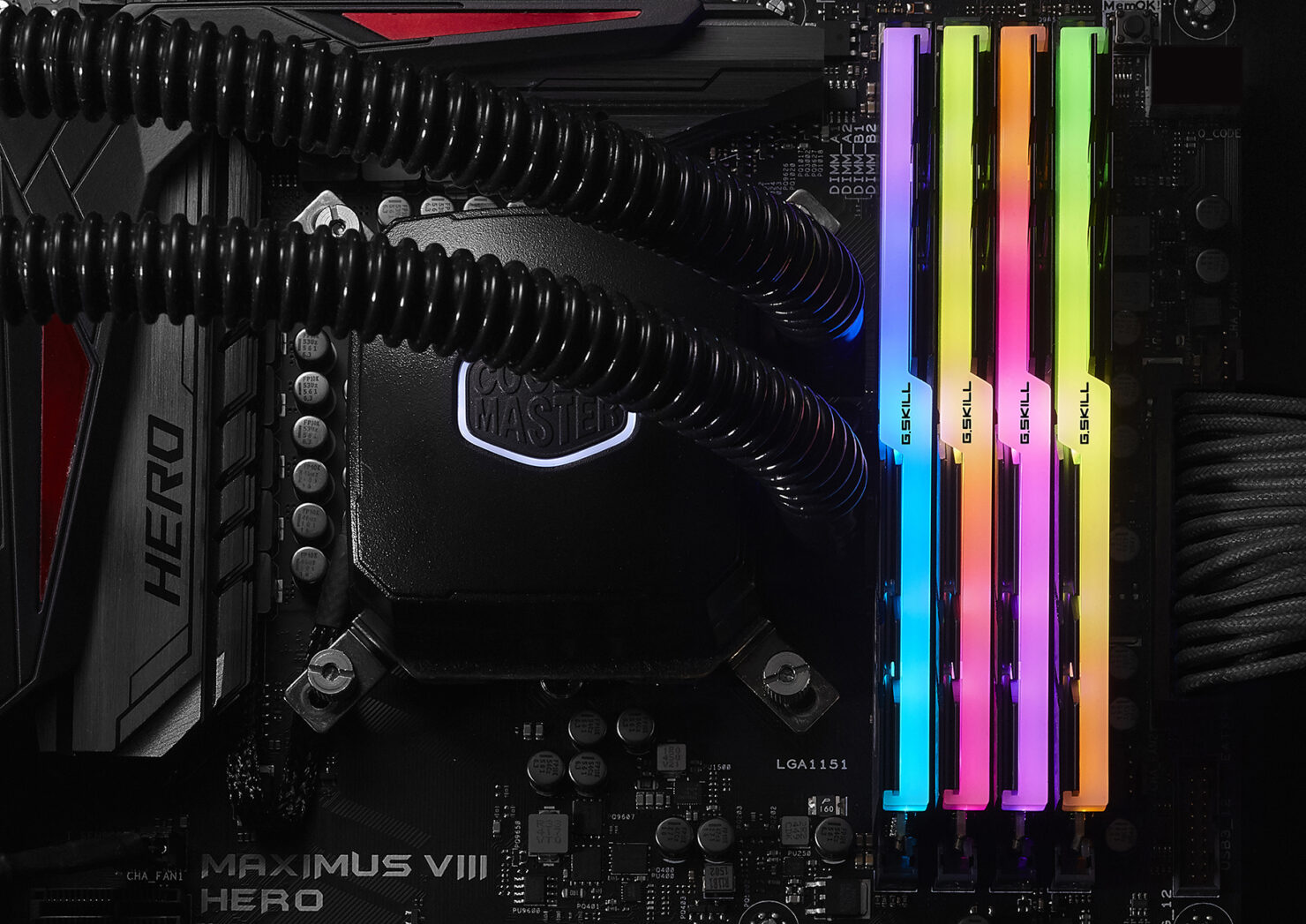 G.Skill has brought in something that is going to make PC modders go wild with its new Trident Z family of high-performance DDR4 memory modules. The new RAM kit are aimed at that particular crowd that likes to improve internal aesthetics of their rig, but they will probably still cost more than a regular RAM kit.

The G.Skill Trident Z RGB Can Boast Speeds up to 4,266MHz and the RGB Lightning Can Actually Be Controlled by Software

Thanks to impressive engineering, which was most likely achieved by adding the feature inside the gold connectors, you will not require additional connectivity using the motherboard’s onboard pin-connectors or Molex connectors to light up the latest DDR4 RAM kit from G.Skill. The RAM kit’s RGB lightning system will be controlled thanks to software and the best part is that you can upgrade your rig’s aesthetics without having an expensive motherboard. That’s because any board capable of supporting DDR4 RAM modules will also support the RGB lighting features.

In addition, the new G.Skill Trident Z RGB modules will be based on the company’s custom 10-layer PCB, and these will feature speeds up to DDR4-4266 and XMP 2.0 SPD profiles to appeal to users seeking for both style and high memory performance. According to the manufacturer, the Trident Z RGB will display a rainbow of colors in a wave-style lighting effect by default, but users will be able to customize lighting and design their own lighting effects using a special program that controls the light bars.

G.Skill has not confirmed how the RGB lighting gets the power to illuminate the kit, but we suspect that it has to do with once you power on the computer with the gold connectors attached to the RAM slots. It is also possible that the power supply has something to do with this feature, but the manufacturer has not made any revelation as to how this takes place. While G.Skill was not the first RAM maker to introduce RGB memory modules for PC enthusiasts, it is the first that gives PC owners the flexibility to control the colors and frequency of lights through the magic of software.

There’s also a video present at the bottom should you choose to view it, but if you’re prepping to buy these, you’ll have to wait a while because G.Skill hasn’t revealed the price of the kit.