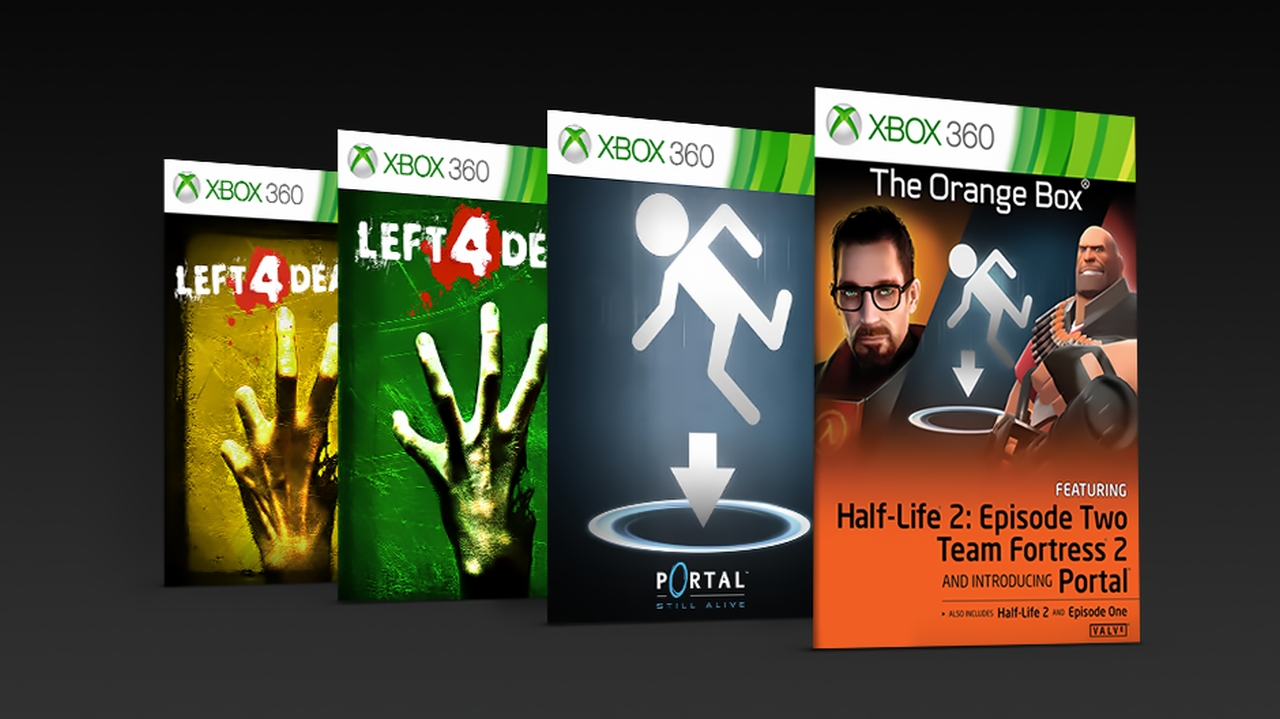 Microsoft announced yesterday that all the four Xbox 360 games released by Valve on Microsoft's last generation console have now been enhanced for the Xbox One X hardware. The titles are, of course, Half-Life 2: The Orange Box, Left 4 Dead 1 and 2, and Portal: Still Alive.

Starting today, four new Xbox 360 titles will be available enhanced for Xbox One X: the historic collection of Half-Life 2: The Orange Box, Portal: Still Alive, Left 4 Dead, and Left 4 Dead 2. Whether players are revisiting these iconic titles by Valve or experiencing them for the first time, they’ll see them with the stunning visuals only the Xbox One X can deliver.

Xbox 360 games enhanced for Xbox One X run at a higher resolution and 9X the original pixel count. The power of Xbox One X enables the Xbox 360 emulator to showcase the very best version possible with the existing assets—all without touching the game code. Today’s additions join the 17 previously released enhanced Xbox 360 titles like Red Dead Redemption and Skate 3 for a total of 21 Xbox One X Enhanced Xbox 360 games.

This is part of the ongoing support of the Backward Compatibility program, which Microsoft vows will continue to expand in the future.

Compatibility is important to Xbox, to developers and their games, and our community. Preserving gaming classics is part of the Backward Compatibility DNA, which is why Xbox One is the only console designed to play the best games of the past, present, and future. We’ll continue to deliver on our vision of compatibility and grow our current Backward Compatible library, which includes more than 500 Xbox 360 games, 21 Xbox One X Enhanced Xbox 360 titles, and 32 Original Xbox games, delivering quality, legacy gaming content to Xbox One gamers around the world.