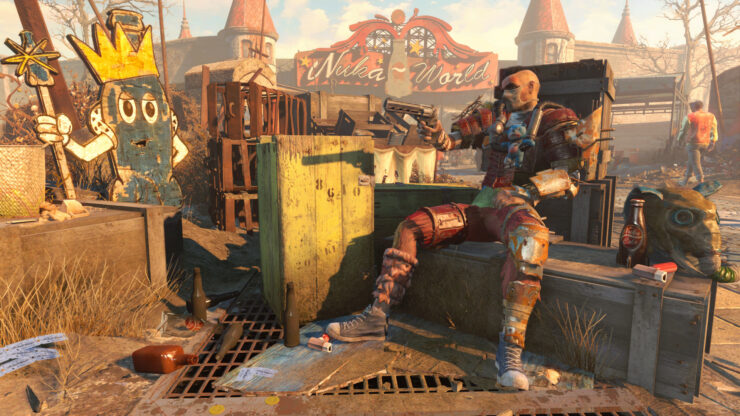 Fallout 4, the latest entry of the series released last year on PC and consoles in all regions, has finally received its final DLC pack, called Nuka World, which adds plenty of interesting additonal content to the already packed role playing game. If you're enjoying the new content, or are simply planning to get the DLC down the line, you may want to check out a new beautiful screenshot that has been made available online recently.

Gigapixel Gaming has put together a beautiful 1 gigiapixel screenshot of the Fallout 4 Nuka World, allowing players to check out the location in greater detail. Even those who haven't played Fallout 4 may want to check the screenshot out, as it is truly impressive for several reasons. You can check it out in all its glory by going here.

Another very high quality screenshot has been made available by Gigapixel Gaming earlier this month for The Witcher 3, following the implementation of Ansel technology. The screenshot showcases Kaer Morhen during the very beginning of the game.

As mentioned above, Fallout 4 Nuka World includes plenty of additional content that should keep fans of the game occupied for a while longer such as a brand new area and more.