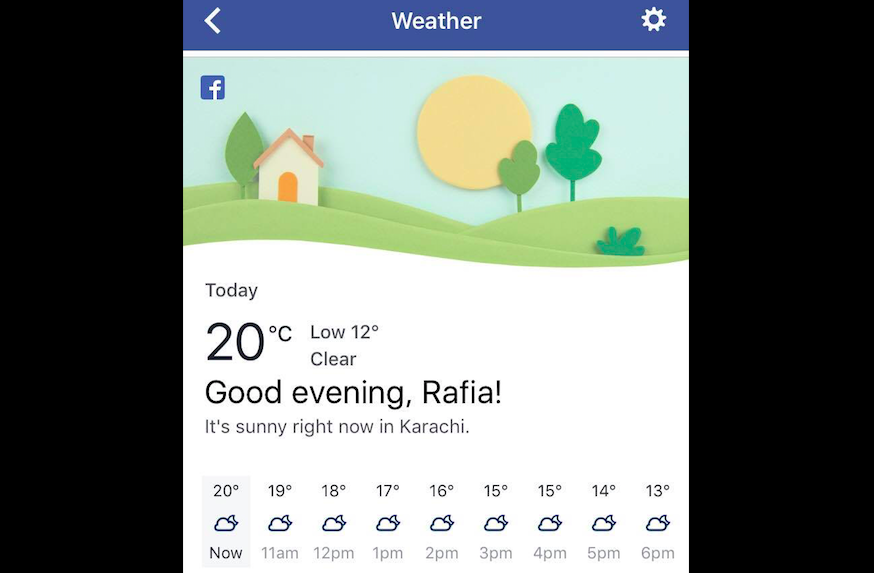 Want to know if it will be a sunny day tomorrow? Well, you no longer need to step out of the Facebook mobile app to get the weather update. Facebook has finally started providing weather "greetings" to users on a full-fledged scale. Earlier, the same feature was available to select users.

A spokesperson from Facebook told TechCrunch that the weather section is currently visible to 95 percent of mobile app users all around the world. The new weather is placed on top of the news feed and greets users with the weather forecast based on their location. The new Weather section features five-day forecast with temperature figures for every hour. It is developed in collaboration with IBM-owned Weather.com API, which automatically detects user's current location and presents related results. Users can also select whether they want to see the forecast in Celsius or Fahrenheit (as shown in the image below). 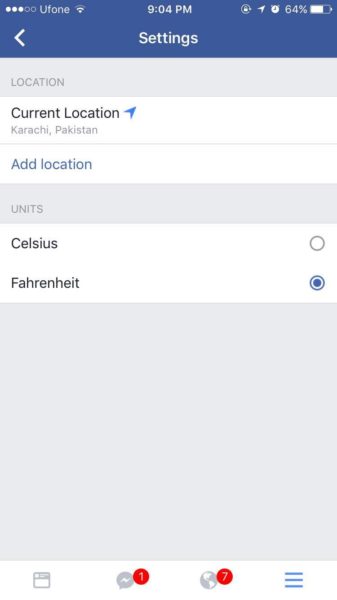 It is not visible automatically, you need to turn it on manually. To try out the new feature or to enable it, just tap on the hamburger menu in the app and then click on "see more," you will find "weather" option below Friends, Events, and other options. The menu also consists new Facebook pilot feature such as public WiFi finder. In case you are not able to see the weather section on the app yet, then you are among the five percent users who will have to wait a little longer to enjoy the new feature.

According to company's spokesperson, the purpose behind the new weather section is "to develop products that connect people to the things they care about most." Of course, we care about the weather.

Of course, the weather section of Facebook is not as nifty as dedicated weather apps as they can show forecast for various locations in a jiffy. However, for the users who just want to know the weather in their region, Facebook's weather section could solve the purpose without taking storage space like standalone weather apps. Also, if you want to check the forecast for other regions on Facebook, then you need to go to settings menu and add the other locations you want to track. Facebook will soon be rolling out the weather feature for the desktop version.

For now, the weather section on Facebook has limited visibility and features, but it could be taken to another level by the social media giant. If it gains better momentum in the coming days, then it could pose a real threat for the standalone weather apps.