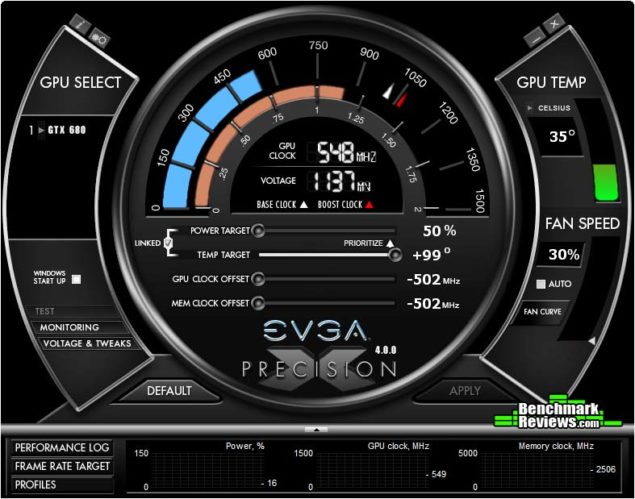 Supporting the latest GeForce GTX Titan GPU, EVGA Precision-X 4.0 gives their overclocking utility a completely new design scheme coupled with more overclocking options such as power target and temp target control with which the latest NVIDIA cards can be overclocked and overvolted without any extra hassle. You can find more details on NVIDIA's latest GPU Boost 2.0 Technology.

The EVGA Precision-X 4.0 overclocking utility isn't available as of now but as soon its updated on EVGA's website, we will add the link here. Till then you can head over to benchmarkreviews webpage to download the utility.