EK, a well known company in the world of computer hardware for its high end and super efficient watercooling solutions, has announced the world's first water block designed for Nvidia's Kepler based GTX 680 graphics card. 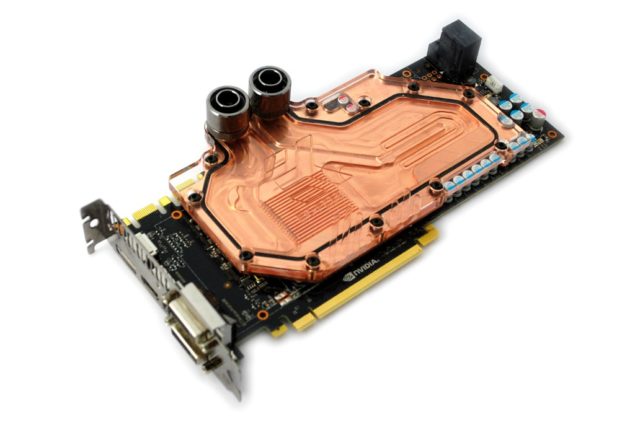 The waterblock, known by the product code EK-F680, is still in prototype stage and had been benchmarked with the following watercooling setup:

From overall stress testing, temperatures maintained under the 40C mark hovering between 30 to 40 depending upon graphics load the card was put through. Yet, after a considerable overclock up to 1097/1752MHz (GPU/Memory) from it's stock clocks, it only managed to hit 43C on furmark that is quite impressive for a high end graphics card like this. 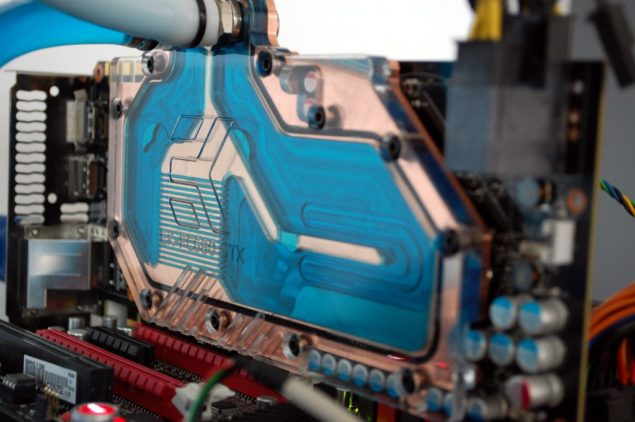 The waterblock will be available in 4 variants namely Copper Plexi, Copper Acetal, EN Nickel Plexi, EN Nickel Acetal. As the testing phase has been completed, expect this to hit the shelves by next month or earlier!

And for all those PC hardware junkies out there, check out the press release after the break.

One of the most anticipated piece of computer hardware, the nVidia GeForce GTX 680, has arrived. This is the first card of the Kepler architecture. EK has already developed a high performance Full Cover water block. This article will present the thermal and hydraulic characteristics of the EK's latest water block.

The test has been conducted using the following water cooling components and measuring equipment:

Furmark torture benchmark which stresses the graphics card to the maximum was ran for more than one hour. Graphics card GeForce GTX 680, running at factory set frequencies and voltage (706/1502MHz, Vgpu = 0.987V) yielded the following results:

The new 28nm litography offers great overclocking potential therefore we felt it is vital to test the cooling performance of our water block under such condition. Furmark torture benchmark which stresses the graphics card to the maximum was (again) ran for more than one hour in order to assume stability. Overclocking the graphics card from factory set 706/1502MHz (default Vgpu = 0.987V) to 1097/1752MHz (GPU/RAM respectively) with Vgpu voltage set at 1.15V and Power Target at 132% yielded the following result:

Please note that the smallest resolution for Tgpu probe is 1°C therefore a rounding error is present. Considering this fact we can see that dT does not increase more than a 2°C even at overclocked conditions. The VRM (voltage regulation module) also remains cool, the hottest measured temperature was ~ 54°C (behind the MOSFETs, on the back side of the PCB; 60°C in overclocked mode).

The EK-FC680 GTX water block - like it's Radeon cooling counterparts- excells in hydraulic performance chart. The design once again features very low flow resistance, somewhere in the range of the EK-Supreme HF CPU water block. As a result any medium performance water pump will run three or four of these water blocks yet still offer enough flow for optimal system operation. Picture below shows the hydraulic curve:

The EK-FC680 GTX water block - which comes in all four versions (Copper Plexi, Copper Acetal, EN Nickel Plexi, EN Nickel Acetal) - is already listed in the EK webshop and will be available for purchase on Monday, April 2nd 2012. The first batches are already manufactured and are being assembled on daily basis to prevent stock shortages. The matching FC Backplate is also in the works and will be available in the following weeks.