Well Ubisoft just announced a completely unexpected video game title at its E3 2014 press conference. The newly revealed title is called Tom Clancy's Rainbow Six Seige that is currently being developed by Ubisoft Montreal and will arrive in the local markets somewhere on 2014. No information about the targeted platforms have been revealed but if it is coming out next year, it will most possibly be a next-gen exclusive title only. 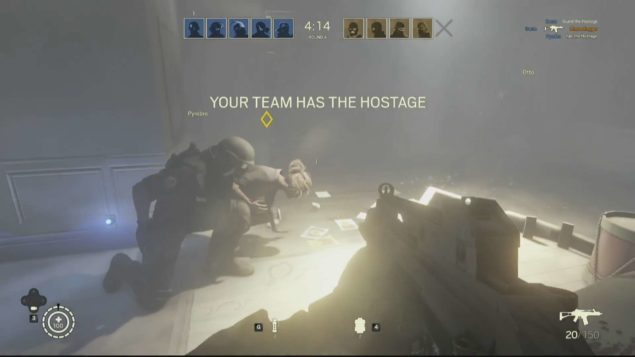 Rainbow 6: Patriots was announced back in 2011, but the gaming community lost word on the game shortly after the announcement, and later on in 2013, Ubisoft clarified that the game had to be remade. Well now it looks like we have before ourselves the remake of Rainbow 6: Patriots by the name of Tom Clancy's Rainbow Six Seige.

Ubisoft released the first gameplay footage of the game at its E3 2014 press conference. The footage demonstrated an early multiplayer match with one team of soldiers attempting to recover a hostage held in a house by the enemies. Like most FPS games, environmental destruction is said to be a main part of Rainbow Six Seige's gameplay. The player can blast through the walls and doors to obtain the given objectives. Without further ado, check out the all-new multiplayer gameplay footage of Tom Clancy's Rainbow Six Seige.