Dying Light: The Following Set For Release In Q1 2016

Dying Light was without a doubt one of the best zombie games released this year, and Techland has temporarily put on hold its Hellraid project to produce more content for this game. The Polish developer announced today that Dying Light: The Following, the first story based expansion, will release in Q1 2016 on all platforms (PC, PlayStation 4 and Xbox One). 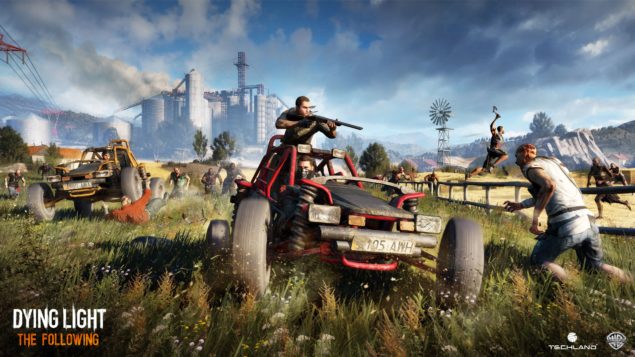 So since Gamescom 2015, we revealed quite a bit about our upcoming expansion: the vast countryside map, the customizable dirt buggy, a new story and more. What we couldn’t say before though, was the release date. Today we finally know that Dying Light: The Following will launch within the first three months of 2016. This gives us enough time to put in all the content and surprises we have planned for you guys. So keep your eyes peeled for some sneak peeks into what we have in the works for you all. And we promise to share the exact day of release as soon as we get a final decision.

The single biggest new feature is obviously the addition of vehicles, specifically buggies. While Dead Island had those, Techland decided to remove them for Dying Light since the game relied heavily on parkour movement, which proved to be one of the game's best features. It will be interesting to see whether Techland can manage to marry driving with parkour without drowning one or the other, especially since the dirt buggy is getting its own skill tree.

As for the story, protagonist Kyle Crane will have to earn the trust of the locals in this rural region in order to uncover a fanatical cult whose beliefs, apparently, have connections to the zombie outbreak.

Dying Light: The Following will cost you $/€ 14.99, while it's free for owners of the Season Pass.