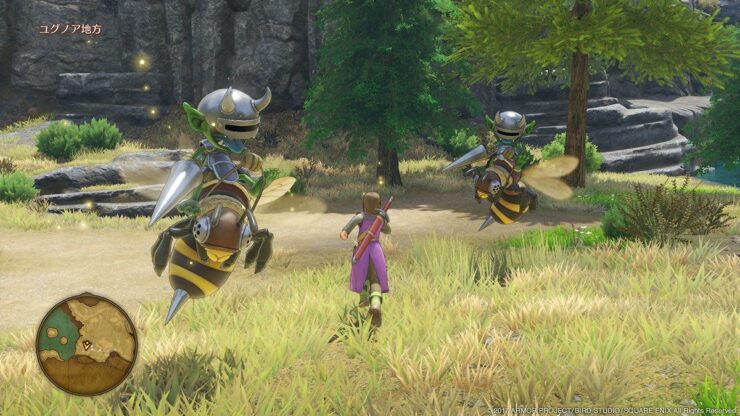 Dragon Quest XI, the entry in the long-running series by Square Enix, is edging closer to its Japanese release, and the publisher has been revealing more on the game these past few days. One of the latest gameplay reveals is the ability to ride monsters on the field, and some new screenshots have been made available to showcase this brand new mechanic.

In Dragon Quest XI, monster riding comes with different benefits, depending on the monster. Some will fly players to unreachable areas, others will destroy obstacles, climb dungeon walls and more. To befriend monsters, players will simply have to defeat them in battle.

Last month, Square Enix confirmed that Dragon Quest XI will launch in Japan on PlayStation 4 and Nintendo 3DS on July 29th. The Nintendo Switch version is still in development, but the publisher has yet to show it. The two shown versions of the game will come with a few differences: the PlayStation 4 release will sport a Free Movement Battle system where players can freely move the character and camera, with an Auto Camera system allowing them to just focus on the battle; the 3DS version, on the other hand, will sport a classic looking 2D mode with pixel characters and a 3D mode.

Dragon Quest XI launches on PlayStation 4 and Nintendo 3DS this July. A Western release date has yet to be confirmed at the time.