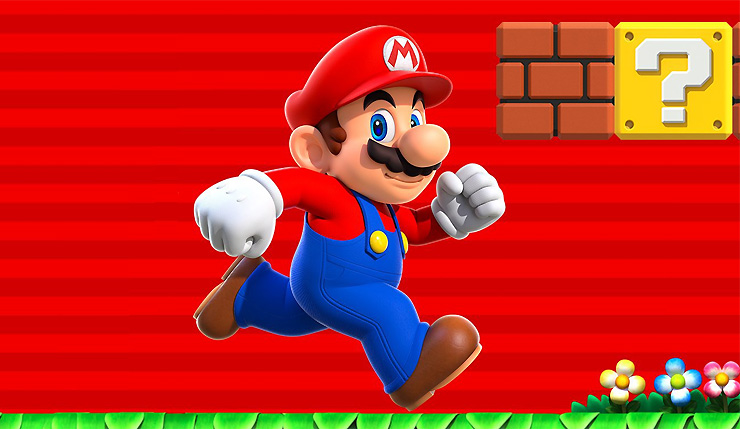 Nintendo is celebrating "Mario Day" this coming Saturday on March 10 around the world. At this point in time, the entire plans for the event have not been revealed but the company does have a surprise for its fans. That's right, Nintendo is discounting the price of its iOS and Android game 'Super Mario Run'. While the app is available for free to download on iOS and Android, it's in-app purchases cost $9.99 which unlocks the full game. So let's dive in to see some more details on the matter.

Nintendo is discounting the in-app purchases by 50 percent, which means that you will only have to pay $4.99 to unlock the complete game. The discount will run for two straight weeks through March 25, so be sure to stay alert for that. The company has even created a detailed plan for the pricing in different countries on the Google Play Store as well as the iOS App Store. If you're interested, you can check it out from its official website.

This is not the first time that Nintendo has discounted its app. The last discount came last year in September when the company announced its biggest update to the game. The update added a new gameplay mode called the Remix 10 in which it featured the new character Princess Daisy, new world and much more. 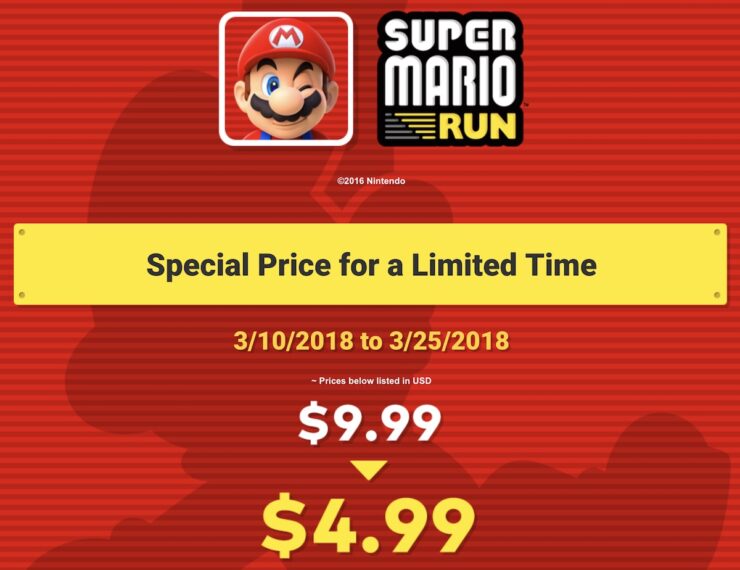 However, it is not clear at this point whether the Super Mario Run game will be receiving new content as well. Last year on Mario Day, Nintendo celebrated in different ways which included the company working with the nonprofit Starlight Children's Foundation. The company provided children with colorful hospital gowns that portrayed well-known characters. There were a lot of other things as well.

So do keep note of the dates and get the in-app purchases with 50 percent off in Super Mario Run on iOS and Android. We will share more details on the subject as soon as we hear them.

This is all for now, folks. What are your thoughts on the discount? Is it compelling enough to make the purchase? Share your views in the comments.