Apps are what make our smartphones worth using. After all, if it weren't for those lines of code, our devices would merely be an assortment of parts that'd serve little purpose except making calls and serving as a handy paperweight here and there. So manufacturers and developers go to great lengths at ensuring that a huge variety of apps is available for users to choose from. And Google's done just that today, with the update of the Play Store today. 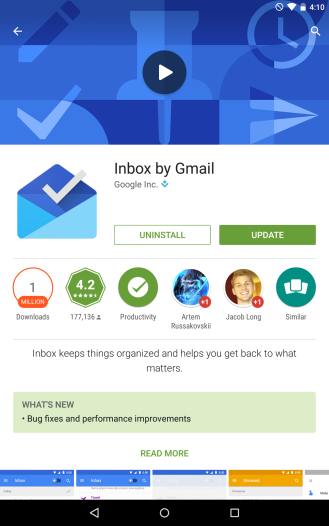 Download Google Play Store 5.4 APK For All The Latest Changes On The Platform

Google's gone and updated the Play Store once again today and you can click on the mirror link below to get all the changes for yourself below manually, rather than wait for the software giant's update, that's known to be quite tedious to install. Its about some subtle changes this time, one of which is the green banner at the top of the screen not appearing until you start to scroll down. This can be seen in the image above. 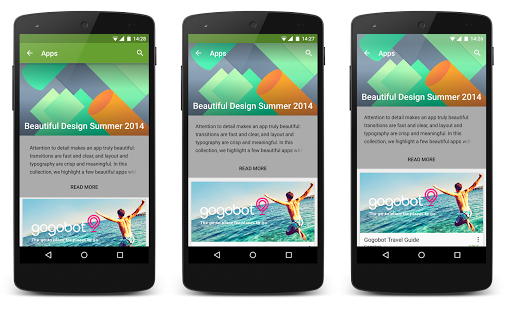 In addition, this time Google's removed some features of the Play Store particularly when the app is run on Nexus devices. All of the Play Store's widgets from the homescreen menu that show media saved on your device's library seem to have been temporarily removed. This stands true for all Nexus devices the new APK was run on, and the widgets re-appear once you re-boot your device. Non-Nexus device don't show any such widgets being removed. In addition to this, several other changes to the top of the screen have also been made, as can be seen in the image above. So click on the link below to download Play Store 5.4 APK for yourselves and let us know what you think in the comments section. And stay tuned to stay updated.