Disgruntled Hello Games Employee Tweets That No Man’s Sky Was a Mistake, Though It Was Probably a Hack 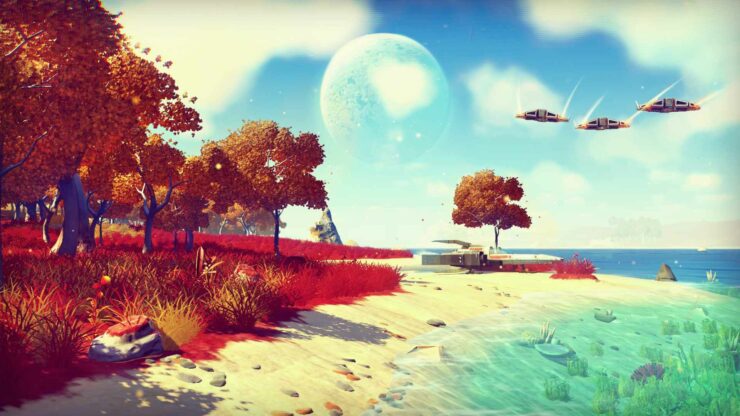 Even though the account went into protected mode immediately afterwards, the Web remembers. Here's a snapshot.

Considered that the tweet was sent via LinkedIn, the hacking option was immediately considered. But then two trustworthy websites reported independently that a disgruntled employee was responsible.

The tweet is from me, but somebody from the team took it down. We have not been coping well.

Then, Forbes got in touch with Hello Games and a representative of the studio replied that a "disgruntled employee" sent that tweet and they were "currently trying to sort out the issue".

Finally, Mashable received a similar email from Sean Murray himself who said:

The tweet came from a disgruntled employee," Murray wrote in an email. "We're currently trying to solve the issue internally

No Man’s Sky was a mistake.

I have contacted you because the silence from Hello Games has been unwarranted and unprofessional. The community has asked me to speak up, and I have a confession to make. The game was simply unfinished upon arrival. Our hand was forced by not only Sony, but the community as well. The constant harassment and absolute gross misconduct on the community’s part has made it hard to fulfill our artistic vision, while the pressure from Sony to release the game as soon as possible forced us to cut key features. I want to apologize for what we did not deliver on, as the game does not meet up to what our artistic vision was.

However, we do wish that the community was more understanding of our situation. Many people have asked for refunds despite our promise to continually improve and update No Man’s Sky. We are just a small studio that has poured our blood, sweat, and tears into this project. The complete lack of respect when it comes to the work we have done absolutely saddens not only myself, but the team as well. We want to improve the game to the point we dreamed of it being and beyond.

I hope everyone affected understands,

However, Murray broke the silence (he had not spoken in any way since August 18th) to state that this was all a hack.

Server hacked. We're binging Mr Robot Episodes as quickly as we can looking for answers. Ep05 is a cracker

If anything was a mistake, it was using Linked In without 2FA.

Finally, the official Hello Games account is once again public and the original tweet was deleted, while the developer confirmed that even the e-mails sent out to the aforementioned websites were fabricated by the hacker.

No Man's Sky was initially revealed at the VGX 2013 and quickly gained a huge following for an indie game. After a few delays, it released on PC and PlayStation 4 this August to mixed critical reception and huge fan backlash due to several broken promises.

Are you still playing No Man's Sky and if so, what do you think of this unfortunate situation? Tell us in the comments.